The aim of this paper is to investigate the influence of the English language on the Italian language of dubbed animated films through the presence of direct and indirect borrowings – i.e., Anglicisms and calques – over a period of 27 years. The analysis is based on a corpus of 18 English- language animated films produced by Disney and Disney-Pixar between 1994 and 2019. By analysing the transcriptions of the English and Italian dialogues, the paper examines the degree of Anglicisation of dubbed Italian. It assesses the presence of direct English borrowings, explores the way in which specific words or expressions typical of conversational English are rendered in dubbed Italian, and ascertains whether specific indirect borrowings quoted in the literature on dubbese are actually present in the dubbed dialogues of animated films. The linguistic analysis of the English and Italian dialogues is complemented with comments by dubbing professionals on dubbing practice and on their relationship with the English language. 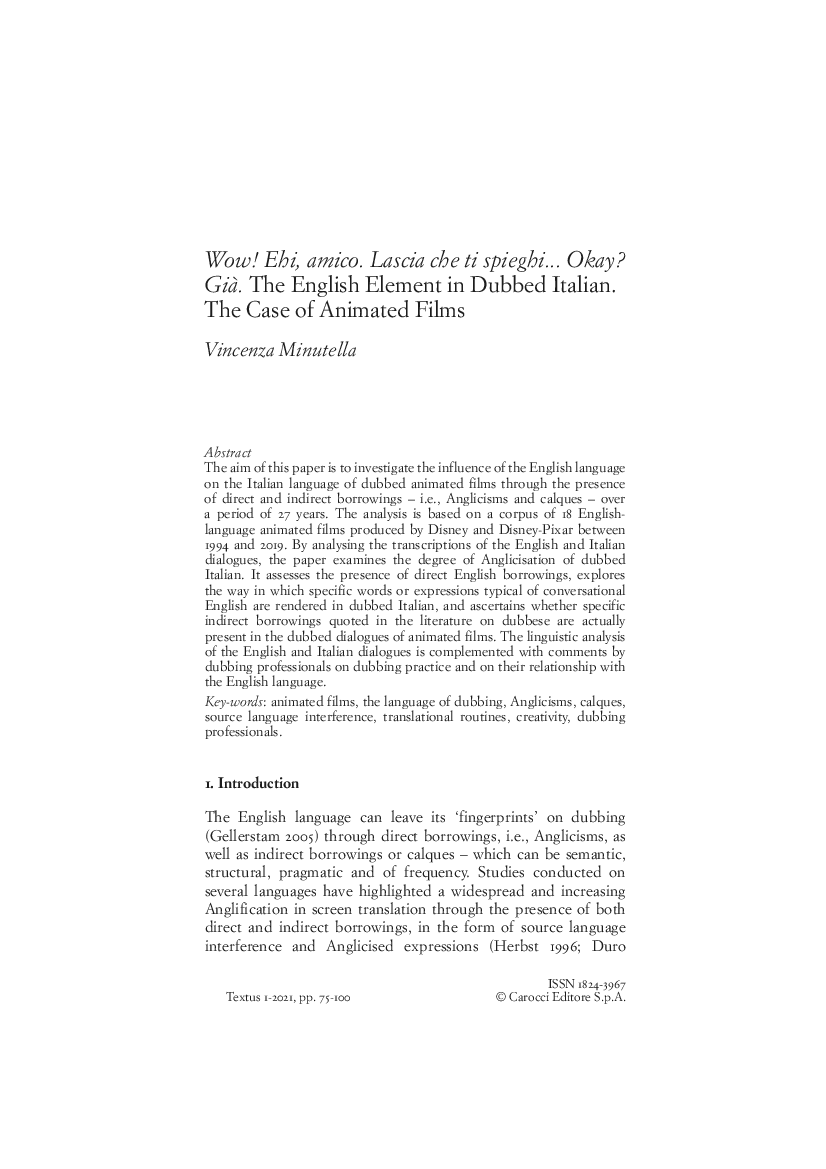