This article analyses the occurrences of the discourse marker combination okay then and their respective interactional functions as found in the first three seasons available to date of the award-winning American TV series Fargo, which premiered in 2014 and is still ongoing. In addition, the translation strategies adopted to render the various functions of okay then in the Italian dubbed version are commented on in order to verify the extent to which they reflect the original. As far as the methodology is concerned, all instances of okay then were initially retrieved by means of a corpus-based analysis of the script; subsequently, each scene containing the discourse marker combination considered was viewed in the original version so as to detect both co-textual and contextual cues which could explain its functions; finally, the selected scenes were watched in the dubbed version with a view to determining how okay then was translated into Italian. Given the fundamental role played by discourse markers and, as a consequence, by discourse marker combinations in spoken communication, the examination of their use in a specific audiovisual genre, such as that of TV series, appeared worthwhile. It is hoped that the analysis carried out could also show how the study of discourse marker combinations in audiovisual translation might be relevant for pragmatics, cross-cultural pragmatics and linguistics in general. 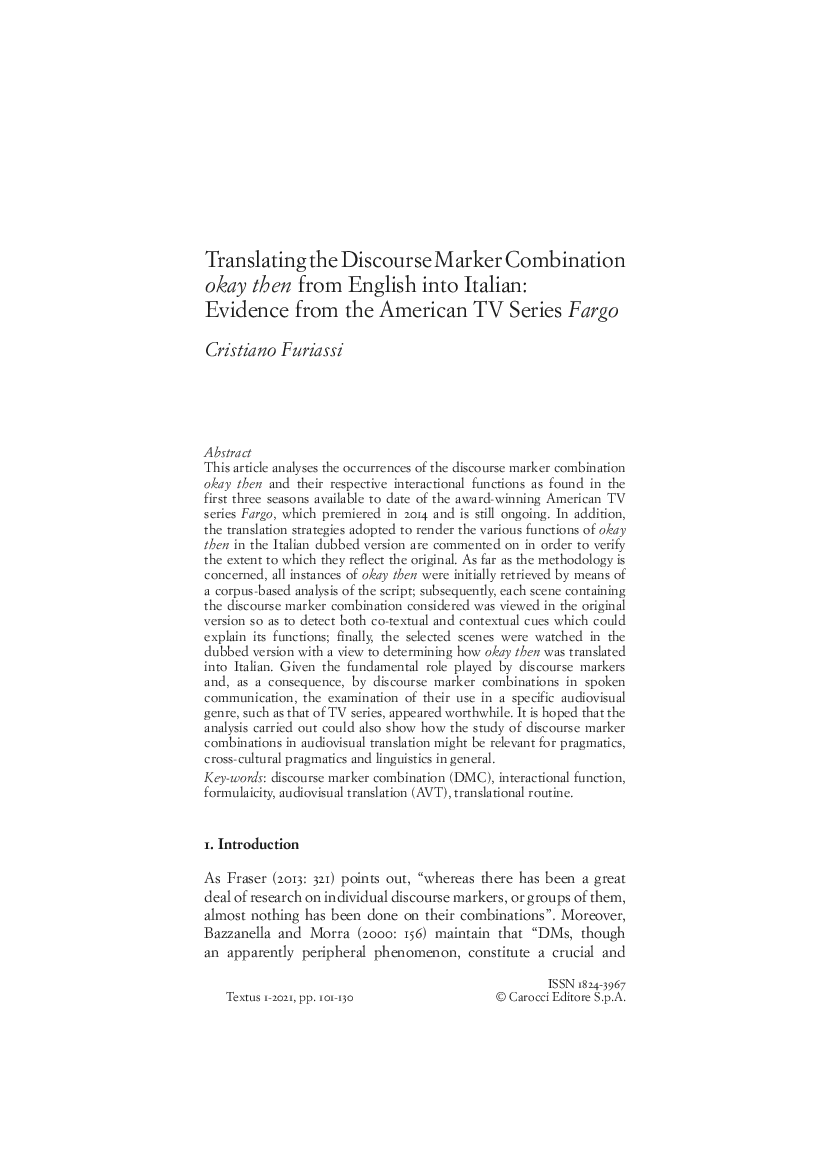