Based on the life of Freddie Mercury, Bohemian Rhapsody (Singer and Fletcher 2018) is a popular cinematic product that received little critical acclaim on its release; however, it became the biggest grossing music biopic of all time. Rocketman (Fletcher 2019), an impressionistic portrayal of Elton John’s rise to fame was released in its wake. Both are among the most widely debated films to emerge in recent years. Paradigmatic of the modern biopic, they recount the lives of iconic rock stars who struggle with fame, identity, and most crucially, their sexuality in seventies and eighties Britain. From a cross-cultural perspective, conveying the narratives of a more or less explicit homosexuality set in a specific spatio-temporal context to a mainstream international audience presents complex translational implications. Focusing on Anglo/Italian contexts, Ranzato (2012: 382) has argued, “the language of homosexuals has long remained in Italy the language of a ghetto and even today the relatively poor lexicon available is an objective obstacle even for the most unprejudiced translatorµ. This study, therefore, aims to investigate the ways in which the linguistic representations of homosexuality have been negotiated across time and space comparing the source language and dubbed versions of Bohemian Rhapsody and Rocketman to ascertain whether those obstacles have been overcome and if so, how. 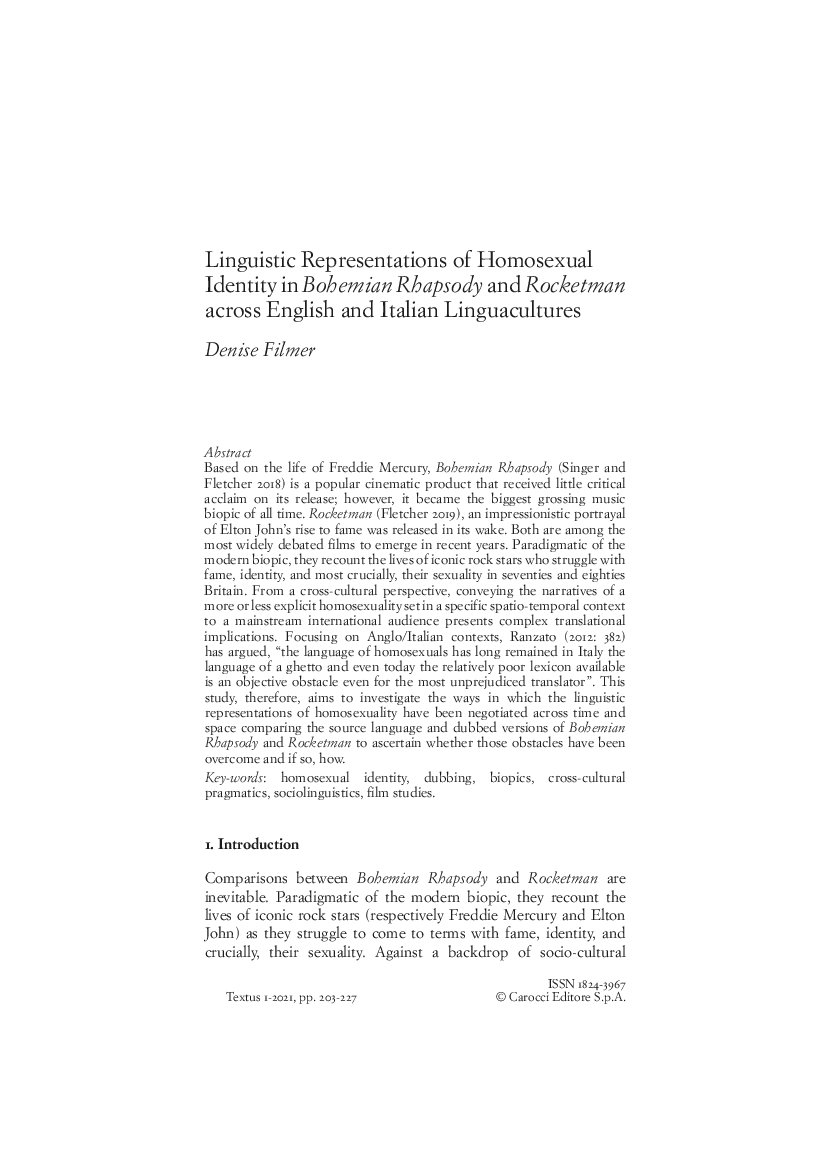