The butler or housekeeper character speaking the upper-crust variety of British English to match that of his/her masters has been a common topos in films and TV shows, and one which does not always accord with reality: even if the employees of upper class families are usually expected by audiences to speak with flawless received pronunciation, other renditions of this character type, probably more adherent to the code of realism, show how their authors have sometimes opted for portrayals in nonstandard brushstrokes. This article focuses on the linguistic representation and relative translations into Italian of the ‘butler’ character as portrayed in a significant number of films and TV series from the 1930s (and more precisely from Trouble in Paradise, Ernst Lubitsch, 1932) to nowadays (the Gotham series, Bruno Heller, 2014-2019). Through memorable and lesser-known depictions that span the history of cinema and television, the analysis of original and translated dialogue exchanges explores and questions the aura of fixedness and immutability that this character projects by highlighting meaningful shifts in its representation and testifying to the narrative importance of this fictional type, often the catalyst of social tensions, comedic virtuosities or dramatic plot twists. 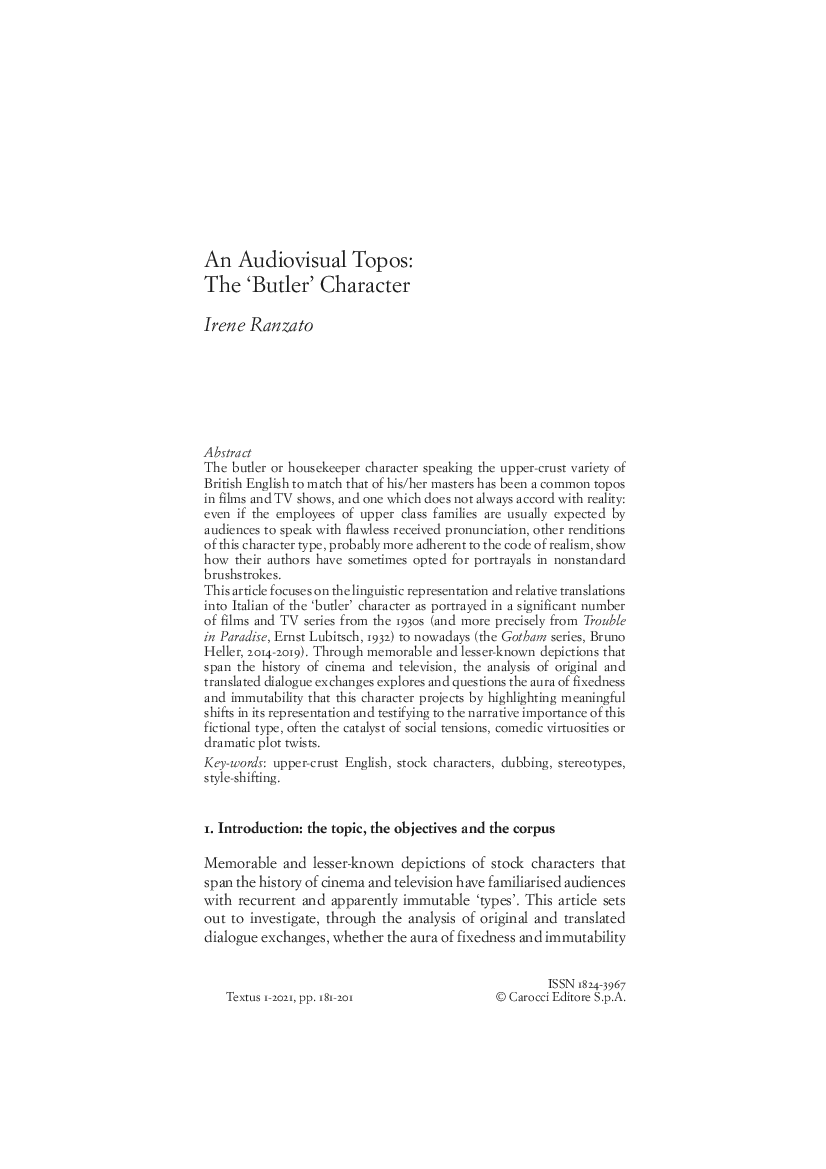