The present paper explores the audiovisual translation of multilingual TV series, in particular of US products which feature characters of Latino origin – i.e., Mexican, Venezuelan and Cuban – whose speech includes the use of Spanish. It focuses on dubbing, from English/Spanish into Italian, through the investigation of a small but relevant corpus of TV shows, namely ABC’s Ugly Betty (2006-2010), The CW Channel’s and subsequently Netflix’s Jane the Virgin (2014-2019) and the original Netflix’s One Day at a Time (2017-2020), spanning a period of 14 years. The paper aims to trace clues to a possible diachronic evolution in dubbing language variation, through the qualitative analysis of instances of multilingualism in significant episodes from these series. Within a Descriptive Translation Studies framework (Díaz-Cintas 2004; Assis Rosa 2018) and adopting a combination of theories (Venuti 1995) and taxonomies (Corrius and Zabalbeascoa 2011; Chaume 2012; Ranzato 2016), the paper illustrates the macro- and micro- translation strategies and techniques employed to render the multicultural background of characters, conveyed in the source texts at the levels of marked accents, code-mixing, code-switching and entire dialogues. Findings suggest that, in the dubbed episodes, the multicultural identity of the characters is increasingly preserved in the most recent Netflix series. Results are interpreted in relation to issues of diversity and representation, within a paradigm of audiovisual translation as a social activity and an intercultural experience. 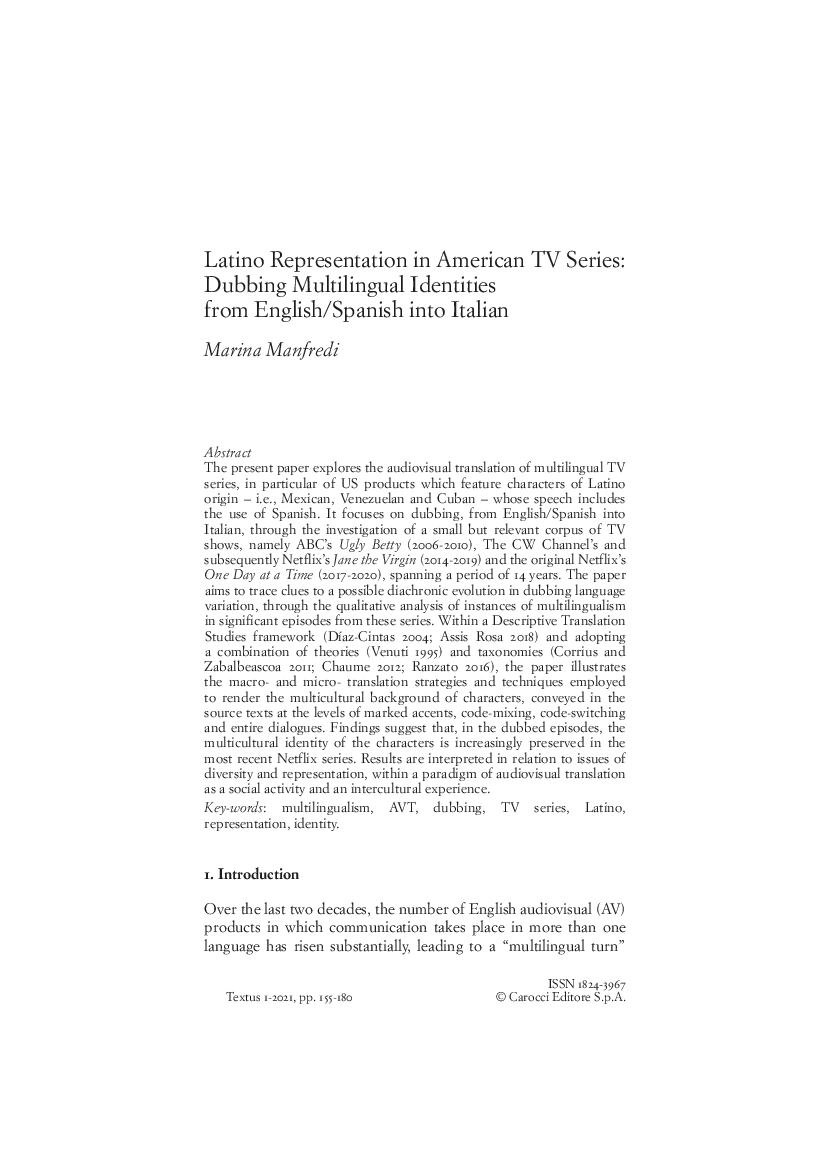