The high number of casualties among ethnic minority medics and nurses in the UK as a result of the Covid-19 virus has highlighted the vulnerability of minority ethnic healthcare workers in the country and raised public awareness of their largely ignored presence within key British institutions “that so often define Britishness, not least the NHSµ (Hirsch 2020). This article examines the figure of the female healthcare worker in a selection of writings by black and Asian British women writers, and argues that literary works pose a challenge to the enduring invisibility of minority healthcare workers in the social fabric of the UK. Writing at the intersection of race, gender and class, writers such as Maeve Clarke, Bernardine Evaristo, Jackie Kay, Winsome Pinnock and Meera Syal have endevoured to fill the gaps of history and reclaim the vital social role black and Asian female nurses and hospital staff have played in both imperial and post-imperial Britain, in the face of social exclusion and constant confrontations with “everyday racismµ (Essed 1991:3) 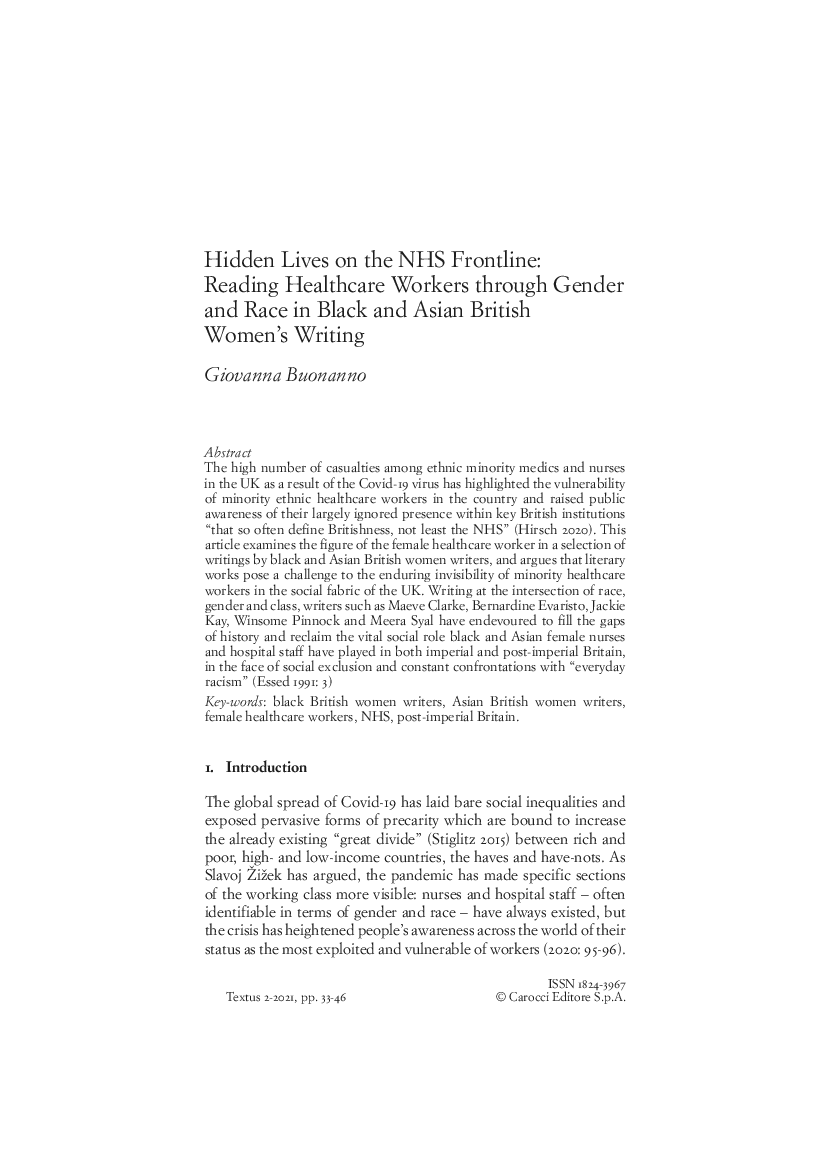