This article analyses the representation of the British National Health Service (NHS) in Government communication and news media in Britain as a crucial discursive figure of British national identity both during the months preceding the Brexit referendum of June 2016 and in the early months of the diffusion of the Covid-19 pandemic in 2020. We focus on a number of issues regarding the ways in which the NHS has been portrayed in the public arena. Both during the Brexit campaign and at the onset of the coronavirus pandemic, the NHS was adopted as a powerful unifying national symbol to be protected, thanks to a populist language based on the adoption of quasi-religious tropes and mythical themes, war metaphors, and praise for heroism. This populist language was charged with rhetorical messages and slogans which turned the NHS into an image of Britishness, as emerges especially from an analysis of the leading front-page articles from the right-wing newspaper Daily Mail in the early phases of the pandemic. 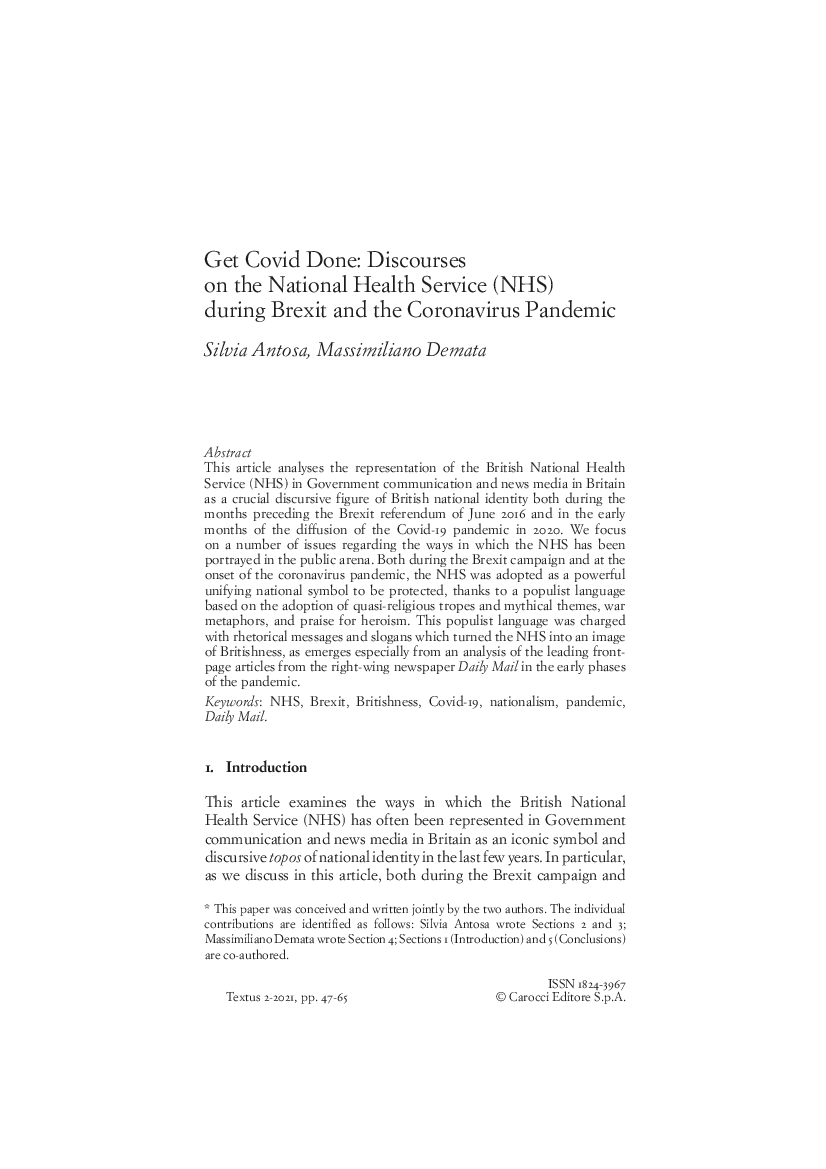