In this paper we theorise gothumentary not as a subgenre, but as a critical concept. Through this concept we analyse some of the ways documentary and the Gothic have come together as discursive and rhetorical modes in cinema in order to address similar questions: how the past manifests in the present, how a subject can be represented and interpreted through documents, and how the limits of knowledge are drawn in our representations. Recent cinematic texts such as Capturing the Friedmans (d. Andrew Jarecki, 􀂠􀂤􀂤􀂙), In the Realms of the Unreal (d. Jessica Yu, 􀂠􀂤􀂤􀁫), Must Read After My Death (d. Morgan Dews, 􀂠􀂤􀂤􀂐), Cropsey (d. Joshua Zeman and Barbara Brancaccio, 􀂠􀂤􀂤􀁵), and Resurrect Dead (d. Jon Foy, 􀂠􀂤􀁽􀁽) show the potential of the Gothic to undermine longstanding notions that positivistic strategies of representation are the key to what documentary has to offer both audiences and scholars. We theorise that the Gothic tradition's engagement with the pleasures and torments of the text, along with its manifest anxieties regarding representation, can provide a critical intervention in the current crisis surrounding documentary realism. In contrast to conventional documentary modes, the films included in this study emphasise possibility over conclusiveness to suggest that perhaps the most productive way of thinking about the mysteries of our world is through speculation, interpretation, contemplation, and a certain fearful wonderment. 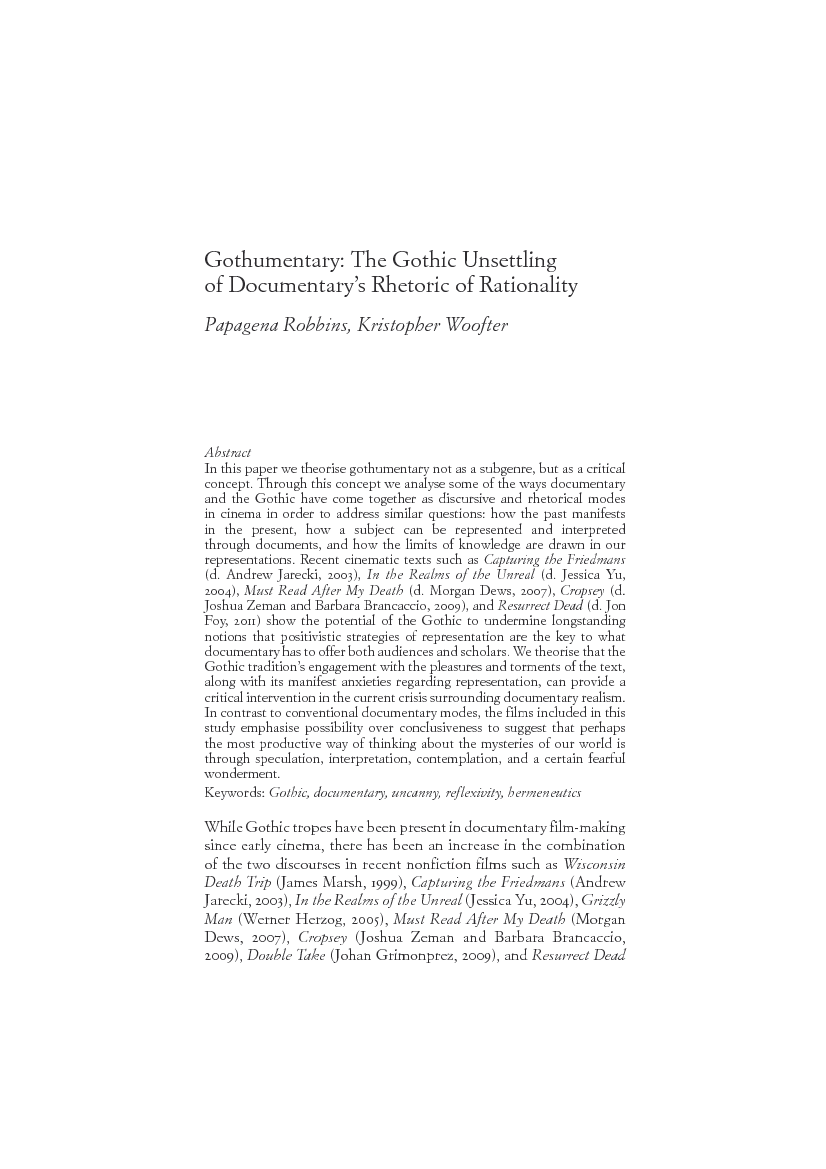