Doubles are everywhere in Gothic narratives. The transmedia universes surrounding the television series Supernatural and the videogame Alan Wake are no different. However, rather than focusing on how, for example, characters are haunted by their pasts, the present essay zeroes in on doubles created by the transgression of medial boundaries. Special attention is given to how the television show and the video game are burdened by the history of the genre and how doubles emerge from the transmedia narratives surrounding these contemporary Gothic texts. In the process, it becomes evident that Supernatural and Alan Wake do not merely draw attention to the present absence inherent in any representation, but, moreover, highlight the constant attempts by the media to not merely replicate, but replace reality. 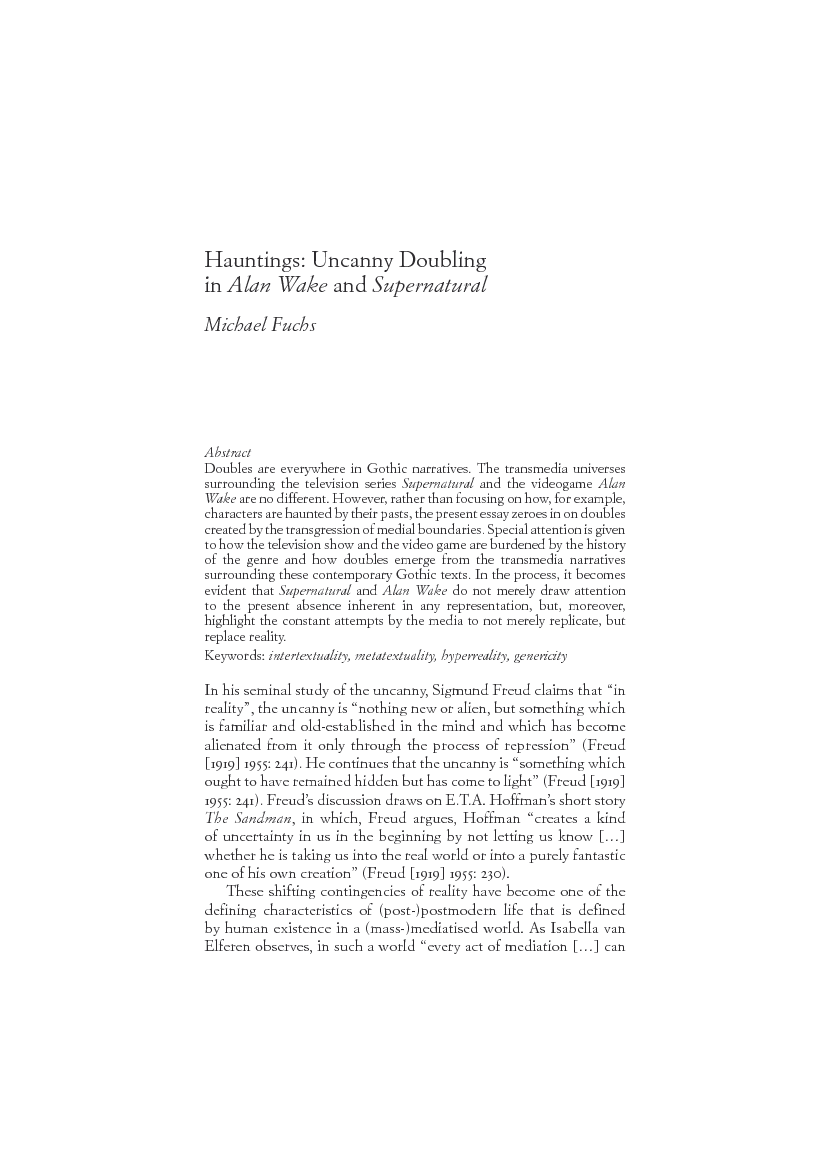