I investigate the way in which the novels of Jeanette Winterson, influenced by the writing of Judith Butler and other theorists, develop from lesbian and queer perspectives themes that Angela Carter treats in her fiction, especially her feminist reworking of the concepts of the carnivalesque and the grotesque body associated with the writings of Mikhail Bakhtin. After commenting on the two writers' differing treatment of the motif of the carnivalesque arena or space, as exemplified in Carter's "Nights at the Circus" and Winterson's "The Passion", I discuss their representation of the human/plant hybrid, with its connotations of the fantastic, in Carter's "The Infernal Desire Machines of Dr Hoffman" and Winterson's "The PowerBook". I conclude the essay by analysing Winterson's development in "The Stone Gods" of Carter's portrayal of the marionette in "The Loves of Lady Purple" and "The Magic Toyshop". The two writers' experimental feminist/queer treatments of genre, including historiographic metafiction and fantasy, also receive attention. 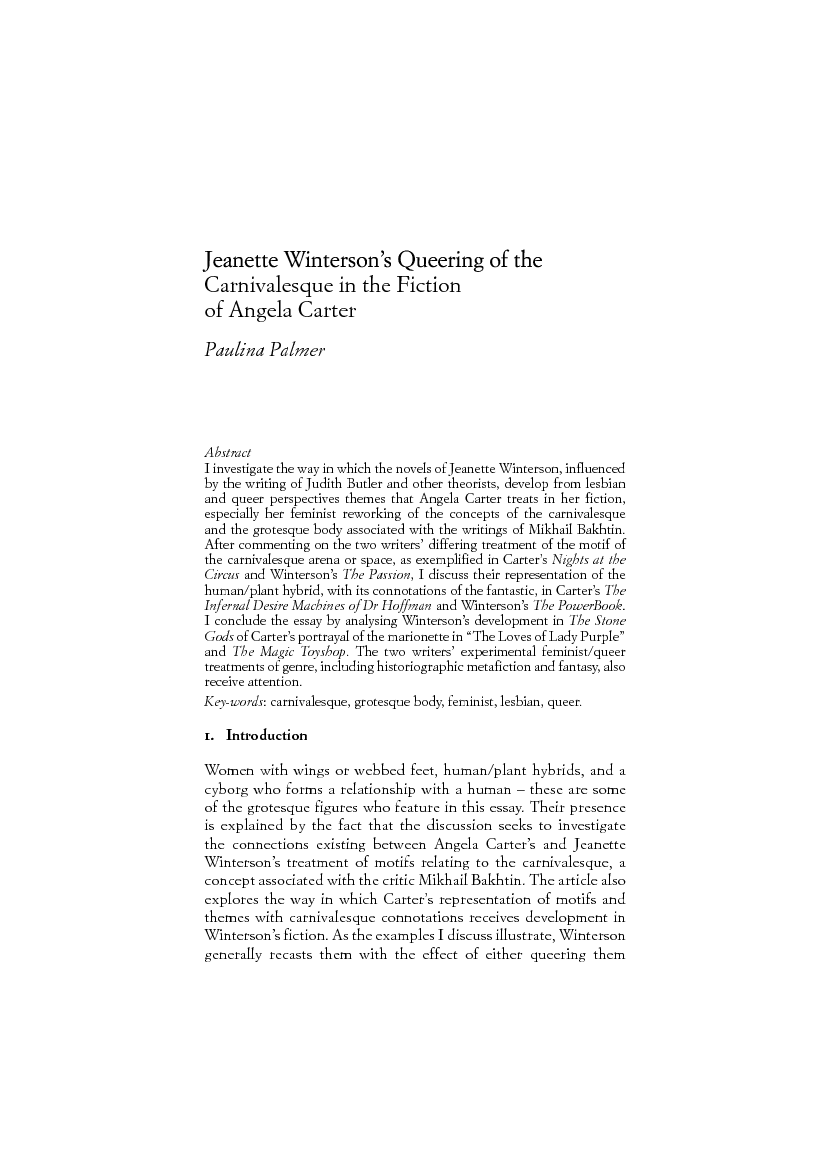