Dido's journey from ancient Rome to Elizabethan England was long and multifaceted. Virgil himself, in his "Aeneid", drew upon the historical Dido to shape his own fictional queen, who tragically fell in love with Aeneas, Rome's pious hero. The contradictions resulting from Virgil's epic, however, were first challenged by Ovid's "counter-epic", the "Heroides", where a heart-broken Dido resentfully curses an "impious" Aeneas for abandoning her. The adherence to either of these two versions would characterise all medieval and early modern refashionings of this tale. This resulted in a huge and varied amount of material for all the English poets and playwrights who looked back at classical Rome and its myths and legends for inspiration during the Renaissance. In this paper, one of the least studied Renaissance versions will be discussed: William Gager's "Dido", an academic play written in Latin for the visit of the Polish "voivode" Alasco to Oxford in 1583. After briefly delineating an outline of English Renaissance academic drama, the play's multiple references to its contemporary historical context, and to Elizabeth I in particular, will be highlighted. Despite its undeniable adherence to the Virgilian epic, moreover, Gager's Dido will be shown to share something of the demystifying spirit that informs Ovid's alternative version. 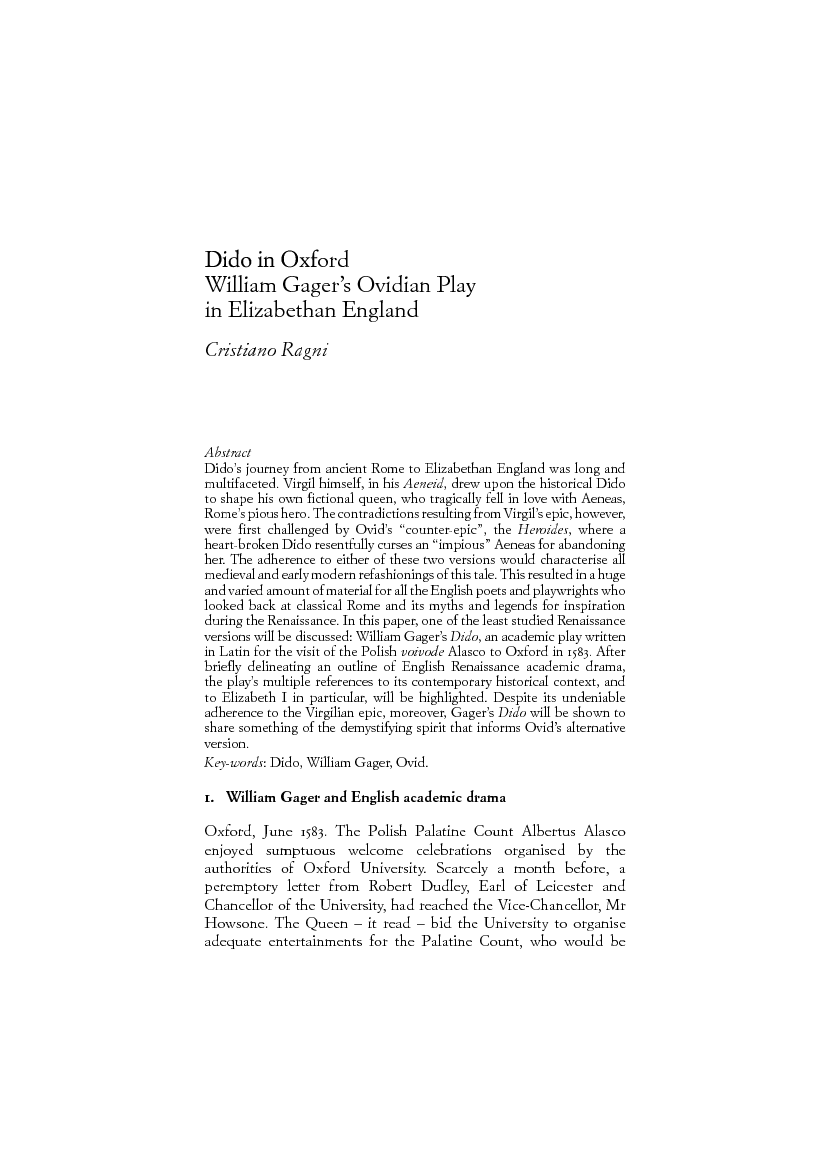