This paper is concerned with the figure of Tullia, the ambiguous villainous wife to Tarquin the Proud in Thomas Heywood's "The Rape of Lucrece" (1608). Tullia's Machiavellian personality and her ambition to usurp her father's power for the benefit of her husband may be understood as a reaction to her status as a woman in a male-dominated world. Refusing the submissive and domestic role assigned to her by a patriarchal society, she compares herself to the elemental, extra-social forces of air and fire. The play, nevertheless, treats her behaviour as aberrant: having gloried in "masculine" vices, she embraces death in a spirit of quiescent, "feminine" acceptance. The play's Lucrece, Tullia's ostensible opposite, undergoes a parallel transformation, but in reverse. She at first represents the perfect woman and wife of Protestant thought, an impression reinforced by her silence during the episode of the rape. However, she then casts off the role of the passive female victim, displaying masculine qualities of forcefulness and courage while the claims to honour of the characters who are literally male have been utterly dissolved. I argue that the contrasts constructed here are not simply in the interests of structural symmetry, but reflect a deep contradiction in how Rome and the Romans are portrayed both in this play and by other early modern English dramatists. 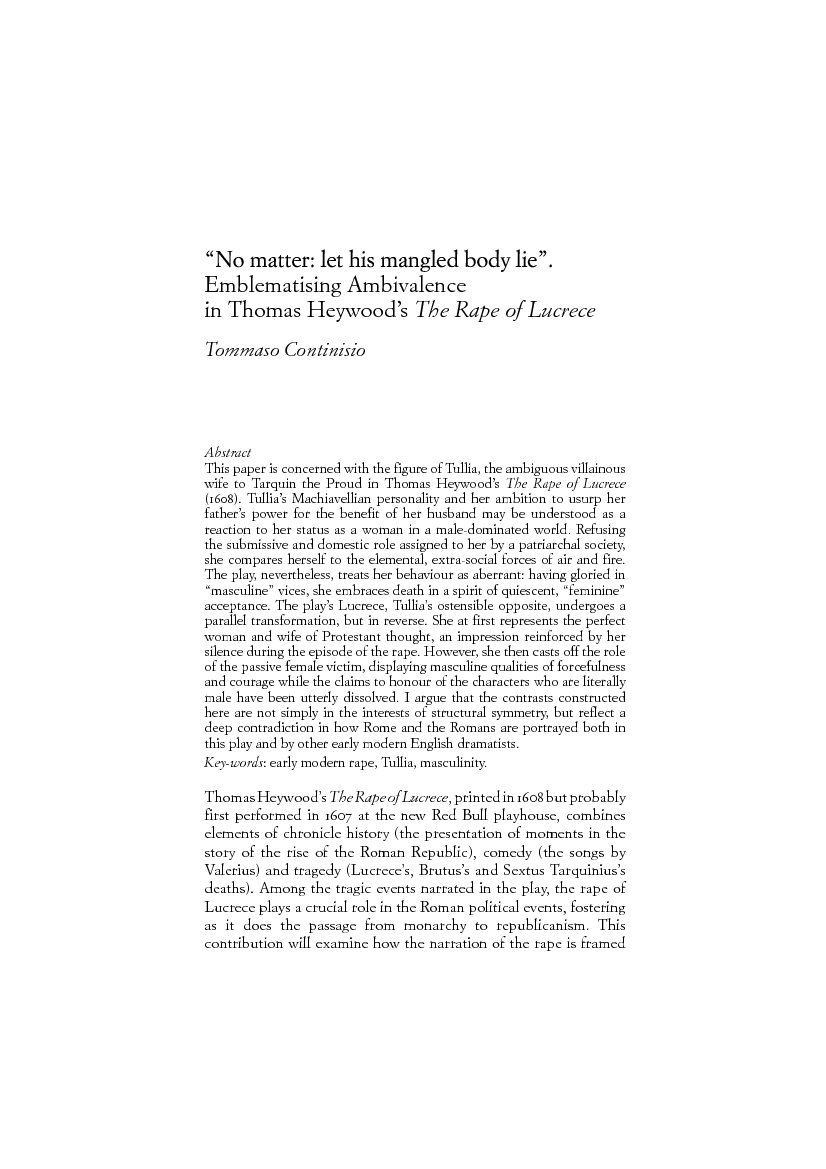