The essay explores the uses of Rome in the theatre of Richard Brome. The myth of Rome is a cultural, moral and political paradigm in the Caroline age. Unexpectedly, the analysis of the corpus of Brome, one of the most significant playwrights of the period and "literary son" to Ben Jonson, reveals the absence of a celebration of the myth of Rome, its protagonists and its language, Latin. Unlike Jonson's works, none of his plays have a Roman theme; moreover, the occurrence of the terms "Roman" and "Rome" is very low and, in most cases, they refer to seventeenth century Catholic Rome rather than ancient Rome. Nevertheless the allusions to Roman culture, traditions and history, even though not celebratory and deferential, seem to be strategic and deliberate. They enhance a dark image of the Roman legacy and, consequently, of England during the period of the personal rule of Charles I. 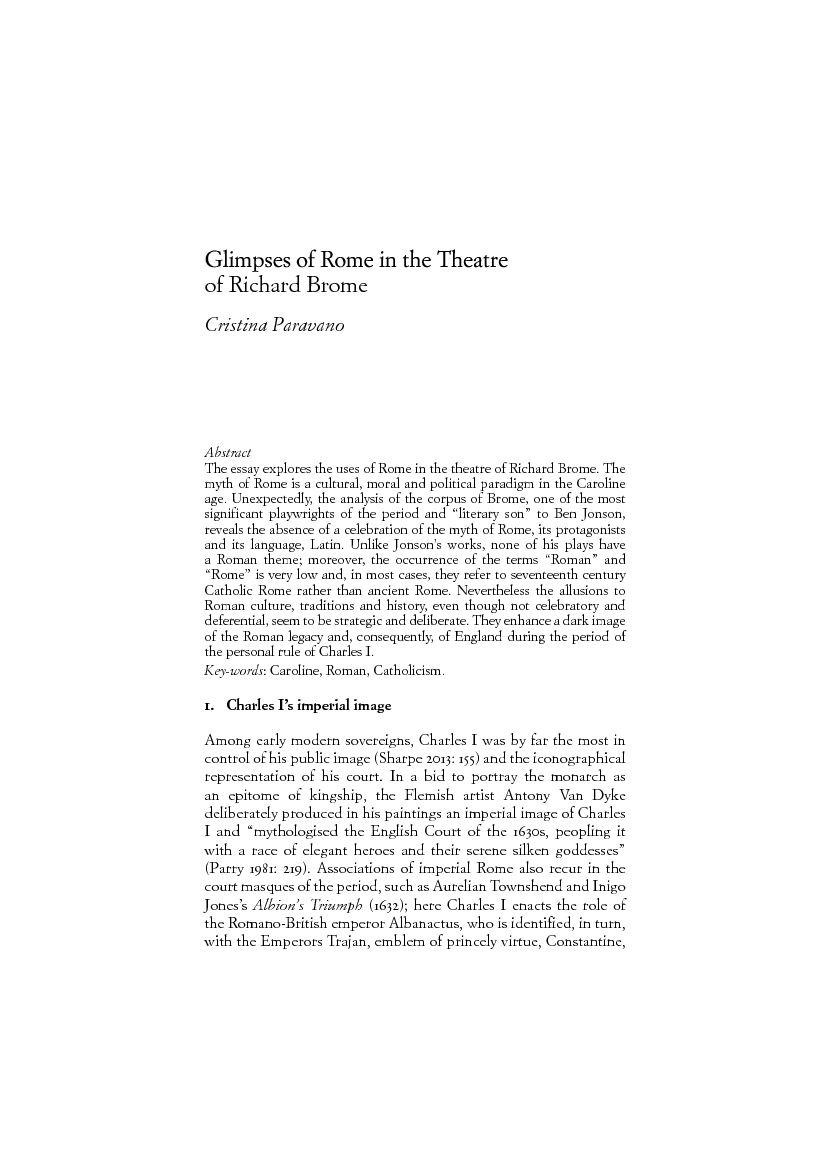