Postcolonial practices, by their very nature, attempt to reassert the existence of the colonised through different modes and forms. Theatre has come to occupy a central position in this context. Theatre's ability to act out the thought - and thereby making indeterminate the gap between the 'real' and the 'imaginary' - calls forth a space of active engagement rather than passive voyeurism. In this context Jack Davis's theatre claims special mention. Proactive in the second half of the twentieth century, Jack Davis was instrumental in bringing attention to the sweeping generalisation and cultural appropriation that marked aboriginal existence in Australia. His play "Kullark", first performed in 1979 at the Titan Theatre in Perth, on the occasion of Western Australia's sesquicentennial celebrations, aims at reassessing the postcontact historical construction of the nation. His theatrical production challenges the dominant 'white' framing of Australia's history as a tool of imperial endeavour. Davis uses theatre as a medium to indicate that the aboriginal culture is self-contained and despite white appropriation, cannot be penetrated through so-called civilised modes of understanding. His plays also show how aboriginals have coped with changing times, thus affirming the 'old ways' in face of foreign oppression. This essay, in its scope, looks into the different forms of cultural expression - language, music, dance, rituals - which Davis employs to make a case for the aboriginal people, and show how such forms work organically to come up with a unique expression of resistance before coercive mythmaking. The study of the stagecraft, which forms an important aspect of the play, will also aid our understanding. Such an investigation will enable us to trace the erasure which lies at the heart of colonial enterprise in Australia, directing us towards a more 'real' national history. 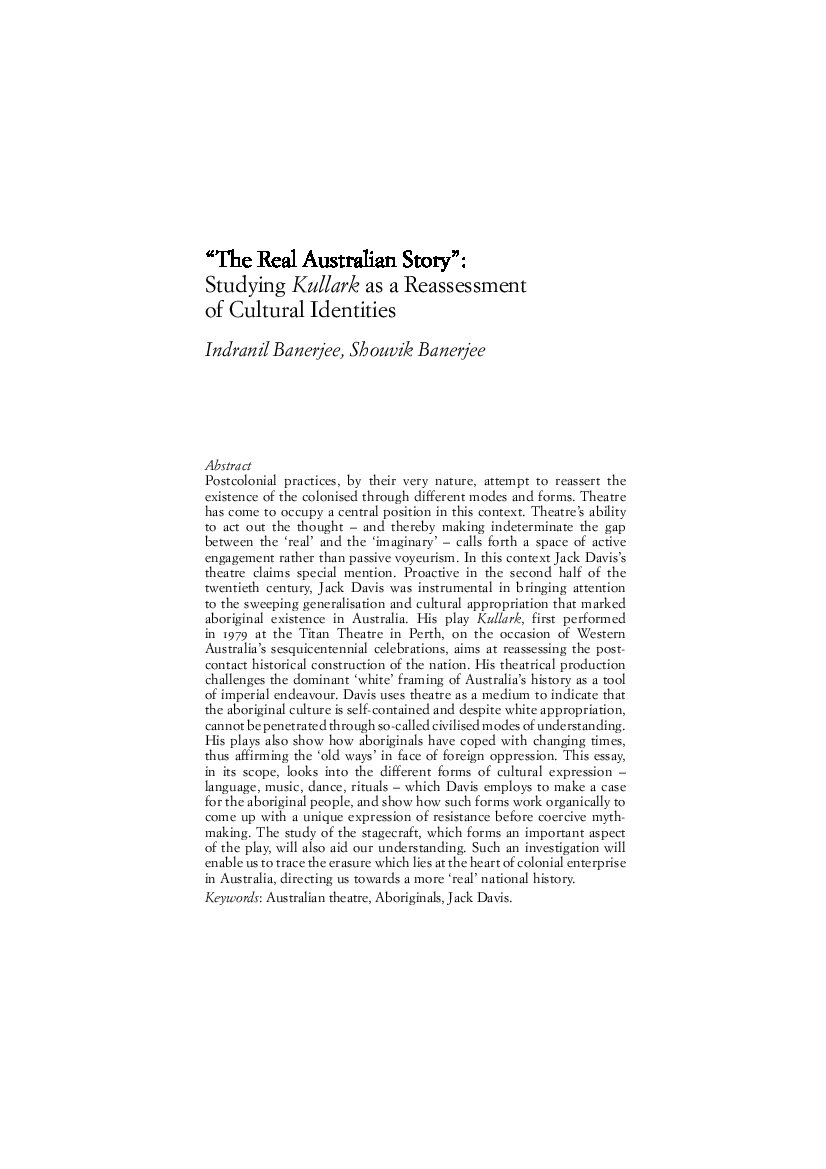