David Greig's appropriation of Euripides' Bacchae (2007) resorts to the universality of ancient myth both to pose national questions and transcend them through the representation of transnational and transcultural issues. Dionysus, born in Thebes but exiled to Persia, and, on his return, unrecognised by his family and compatriots, is an insider turned outsider, a deracinated, ex-centric figure who threatens the institutionalised repressive society represented by his cousin Pentheus, the prince regent of Thebes. The article will examine Dionysos' literal and symbolic 'embodiment' of the concepts of otherness and hybridity in relation to class, race, and gender, highlighting their relevance to the Scottish historical-cultural context as well as to current world political issues. His demotic voice and native/ exotic, transgender identity, combined with his advocacy of a gnoseology based on instinct and experience rather than abstract thought, evoke an ethics of identity and a vision of man that defy fundamentalist ideas. By the same token, the final violence he performs is meant to make us aware of the danger deriving from the non-recognition of the Other both outside and inside us. 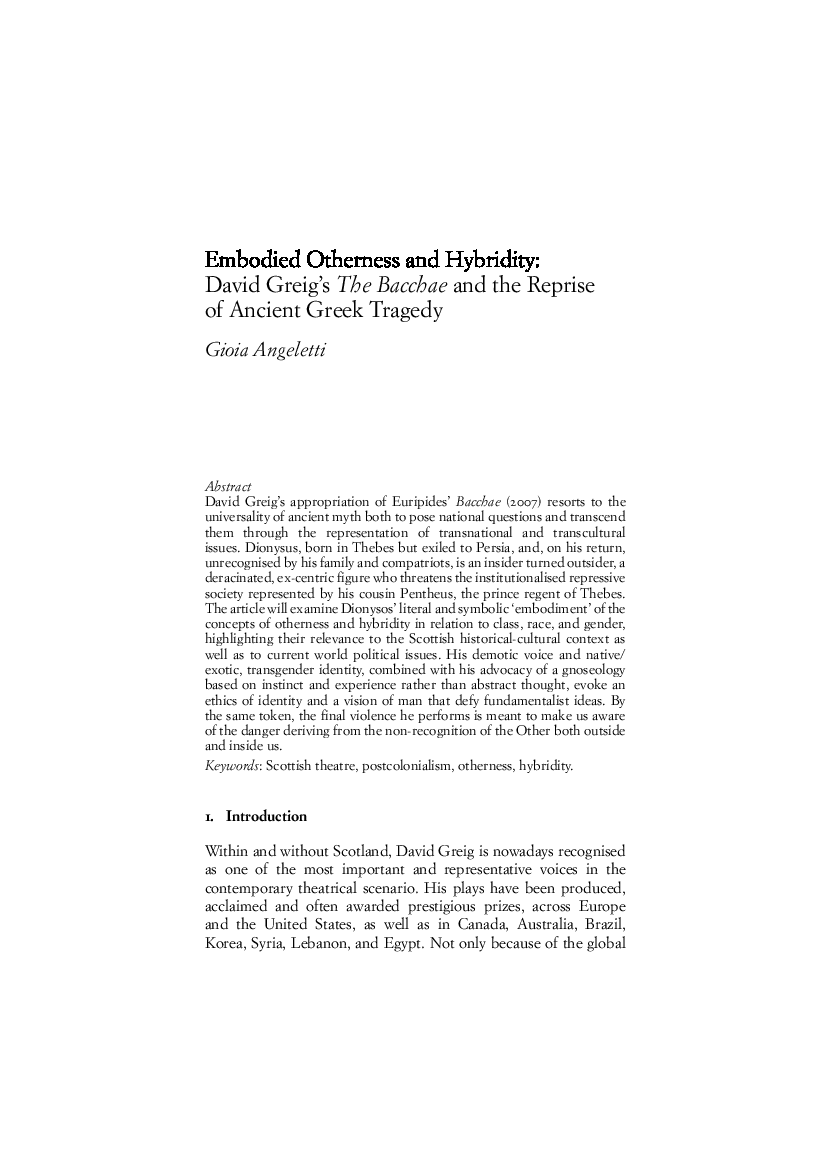