The article reconsiders the genesis of Gustave Moreau's Prométhée exposed at 1869 Paris Salon, focusing especially on its visual and literary sources from Antiquity to Renaissance Art. A"er a strong education in classics, Moreau traveled to Italy and had the chance to deepen his knowledge and understanding of Art History. Since then, as for his Prométhée, quotations from many celebrated masterpieces (from the I century B.C. Sigillo di Nerone in the Museo Borbonico, Naples, to the early 16th century Raphael's ceiling frescoes in the Vatican) qualify his work of new interpretations: classical literature, Renaissance culture and Neo-Platonist theory melt with the concern for the role and the duty of the artist in his time, between the end of the Second Em- pire, the Franco-Prussian armistice and the Paris Commune. In Moreau's view this is how history painting turns out epic and political and religious commitment enhance present with a neo-humanistic attitude. 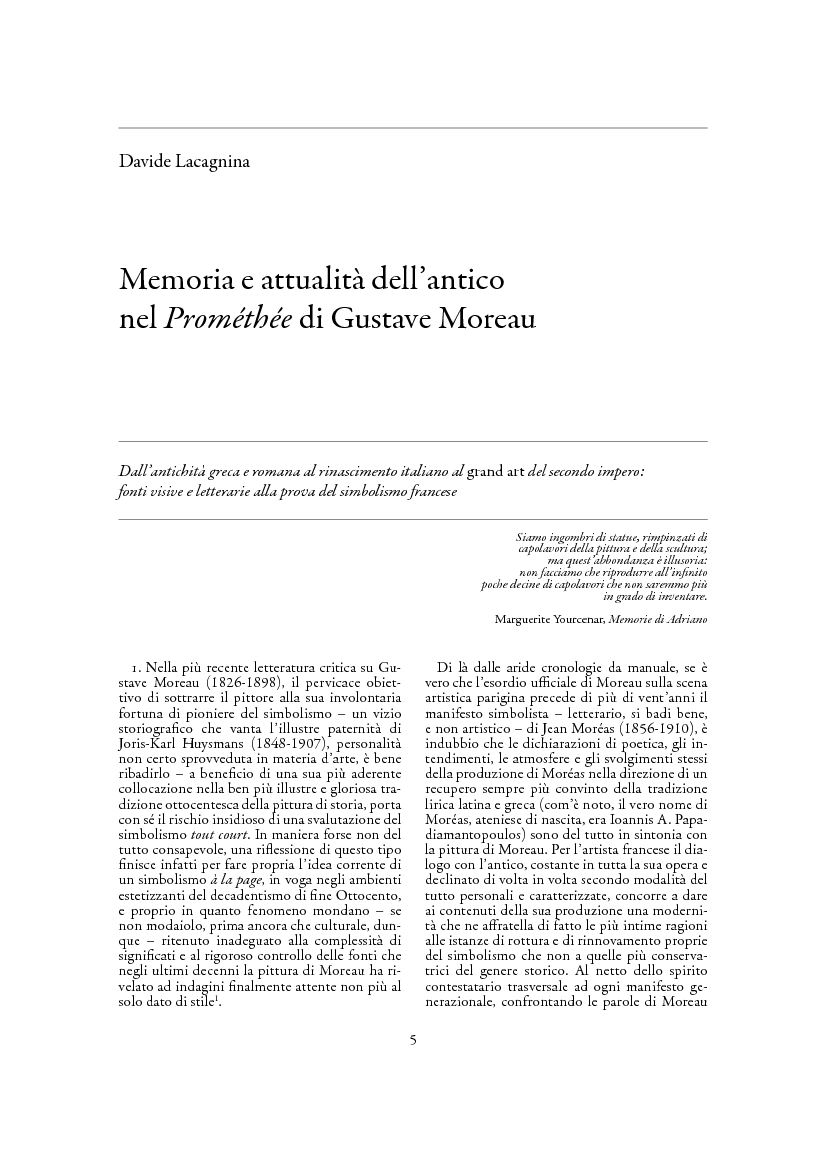