From the Angel of the Brayda Tomb, still full of Giulio Monteverdian echoes, between 1888 and 1890, how does Leonardo Bistol# get to the Pansa Sphinx for the cemetery of Cuneo? His sculpture delves into a world of evocations and presences, of the sublime hereafter and of the absence of the concept of death as inherited by positivism, in favour of the spiritualist idea. !e article explores some of the fundamental material that, in context, had allowed the artist to arrive at a powerful synthesis of the 'new symbols' of the sculptural language at the turn of the 20th century. On the backdrop of Bistol#'s symbolist there are his relations with the Lombroso family, with Cesare, the scholar of metaphysical themes, and with his daughter Paola. Hers is the unpublished manuscript, written on the occasion of the sculptor's solo at the 1905 Venice Biennale, extracts from which are analysed. !rough pages of notebooks, hitherto unknown, within the first decade of '900, one may observe the advent of the creative moment when a reality blended with images and sensations tends to assume form, revealing the crucible of a continually transforming vision that makes a multiplicity of stimuli interact: from the artistic archetypes of the past to debts owed to the contemporary quest of secessionists. 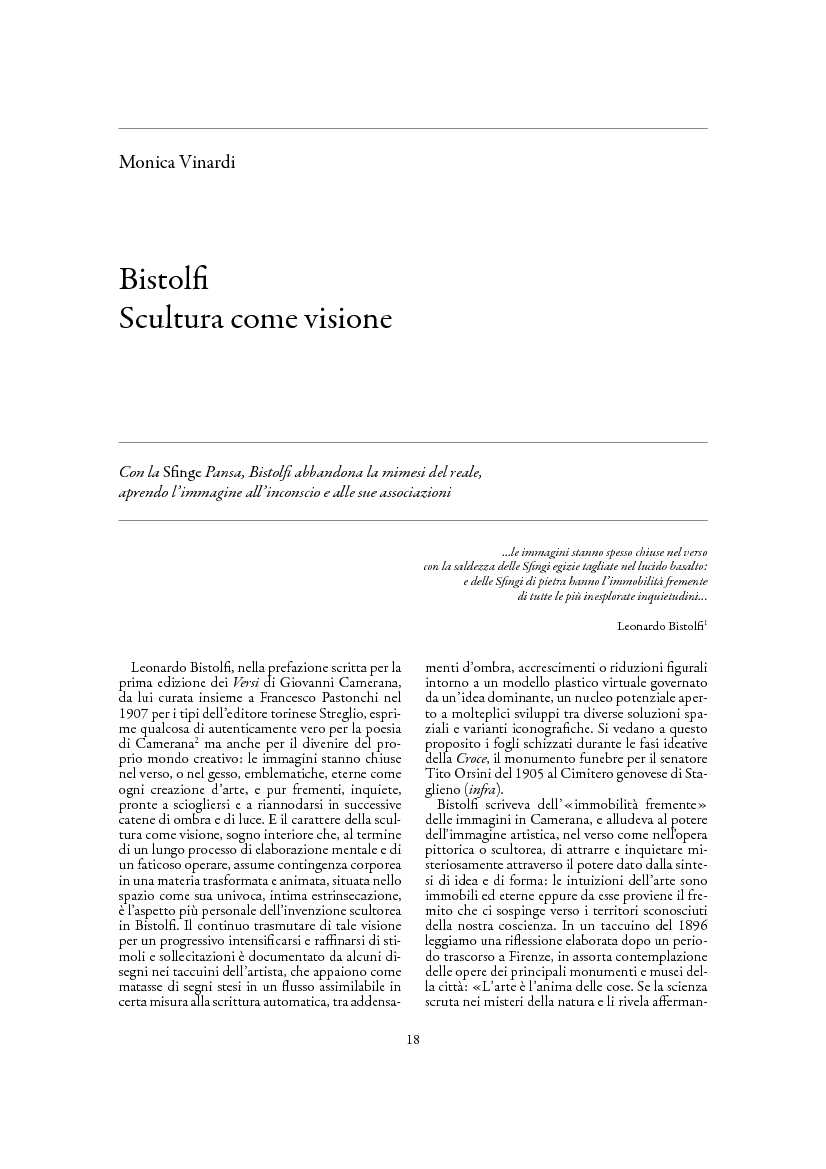