Designing Ibsen's Rosmersholm at the Teatro della Pergola brought Edward Gordon Craig to Florence at the end of 1906. Months later, the English stage designer, writer, publisher, etcher and engraver returned to live in the city where he produced a magazine of rare elegance !e Mask (1908- 1929). In it Craig combined in the magazine his progressive thinking about the theatre and his refined wood engraving, both passions renewed by Florence. At the Arena Goldoni - his theatre-workshop-studio-atelier - he 'patented' his famous screens, revived his special production of bookplates, and learned to carve with Stephen Haweis, an English artist who had studied in Paris with Mucha and Carrière. Craig's Florentine «good deal of etching» produced two portfolios between 1907 and early 1908, «connected with his dream of an Ideal !eatre». One of his «most serious works», the first precious copy of the first portfolio, is held in Florence, acquired by that particular bibliophile, Bernard Berenson. 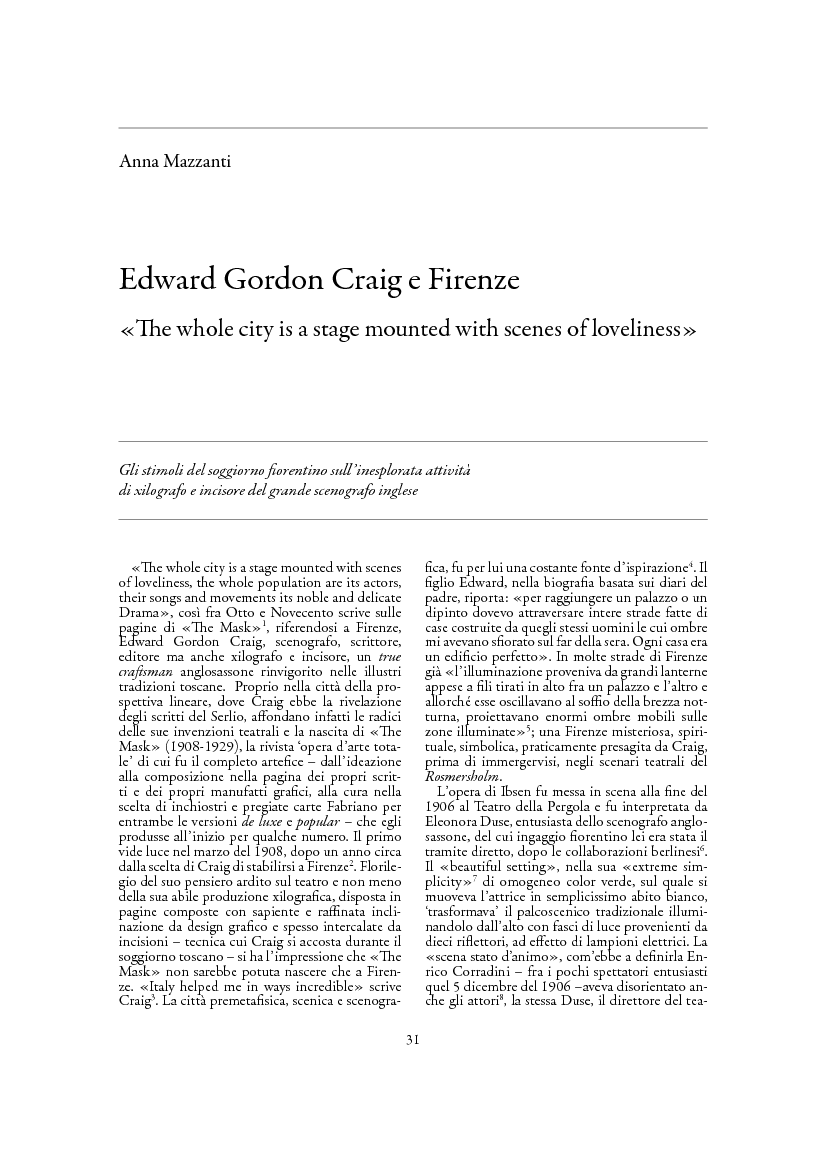