After reviewing the choices made for the reconstruction of the Duomo and the Historic Centre of Venzone, which was devastated by the Friuli earthquake in 1976, the text will compare the results with the statement "as it was and where it was", as has been recently proposed once again, stating how, in a desire for continuity, Venzone also does not wish to hide how it has suffered, making "what happened" obvious. Given the ruins of the Duomo di S. Felice sul Panaro, the impracticable approach taken in Venzone, which may in certain respects be proposed in Visso, reflects the fact that every reconstruction requires its own approach through reflexion, objectively examining past experiences and the conditions of the present. 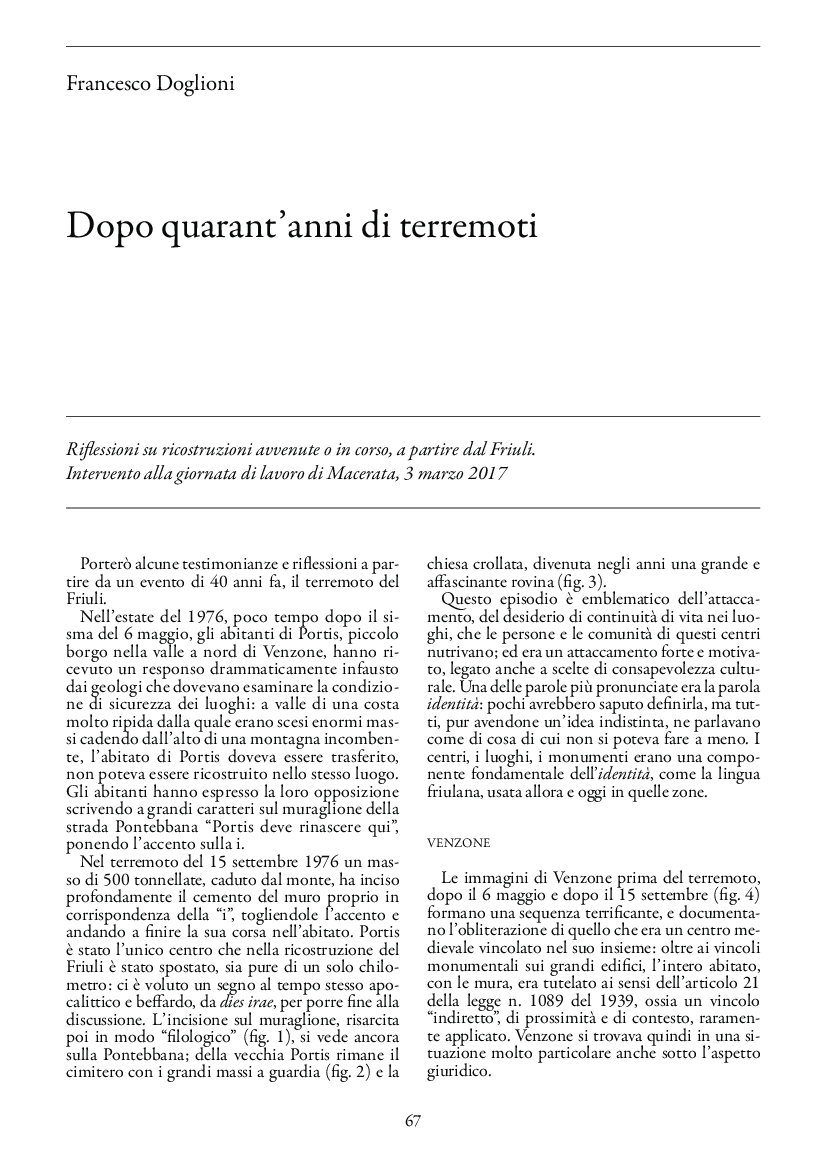