The earthquake that struck large swathes of the central Apennines, an area studded with tiny villages and historic centres, showed once again how the response to such a disaster is highly dependent on the area's orography, in addition to its stratigraphic nature. Added to these is the overall layout of the historic buildings, which are often linked to form a single building unit, to best benefit from the stabilising effect granted by being connected. In practice, the overall response is closely tied to the layout of urban areas and the way in which they are arranged in relation to ground contours. In particular, the way in which the urban areas overlook the valley, whether they have a concave or convex formation, which determines their ability to trigger spontaneous resistance mechanisms on an urban scale, effective in resisting the downhill push that often has devastating consequences. This aspect of earthquake vulnerability is never taken into consideration in practice; we generally address the problem only at the building level, when we should always consider the local analysis in its broader context. Based on these premises, we will provide a number of elements for consideration and interpretation in the overall behaviour of construction aggregates, providing a few significant examples that suggest a way to direct our study through a practical and intuitive analytical approach. 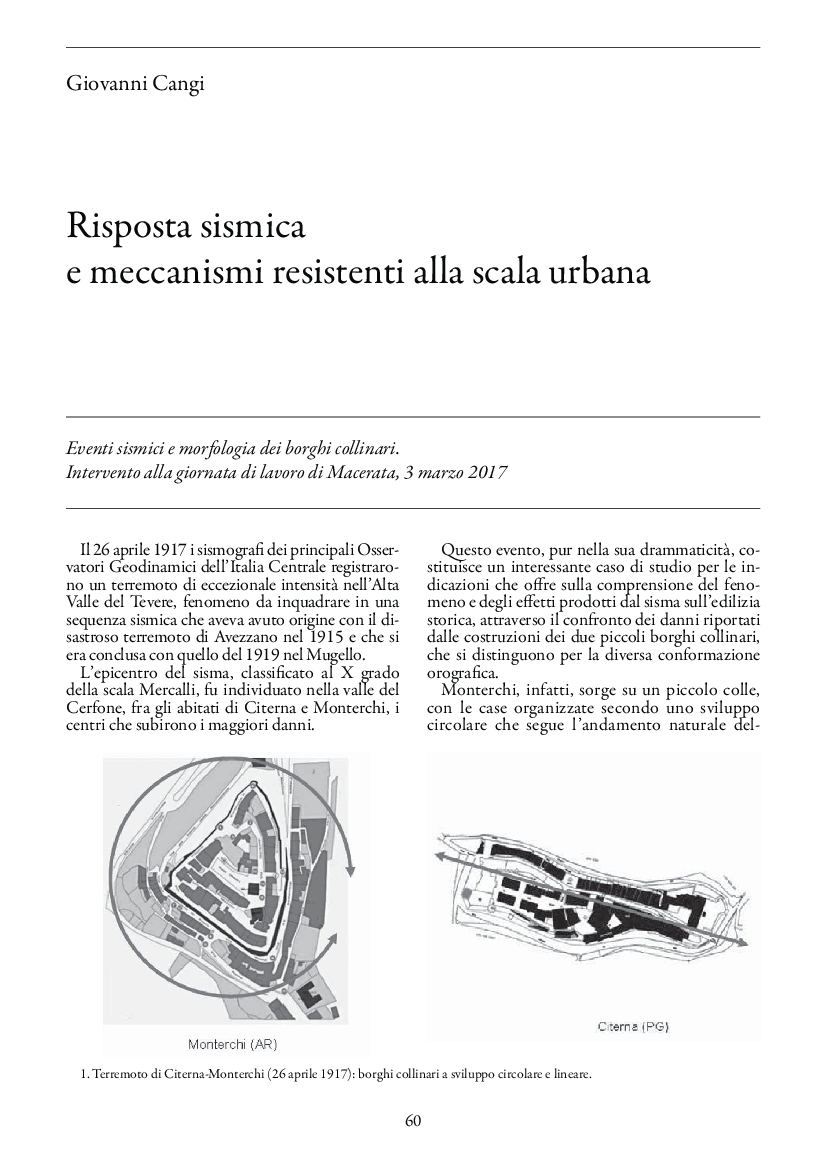