Sicilian authors have long felt compelled to explain the complexities of their cultural identity to the world at large, and food, or the lack thereof, has been an important tool to this end, charged with great metaphorical significance in, among others, Verga, Vittorini and Lampedusa. For Sicilian expatriates in the United States, their cuisine has become a central element in their ethnic identity, a leit-motiv in the new Italian American literature, and one of particular importance for woman writers examining their traditional role of provider in the light of the feminist movement. 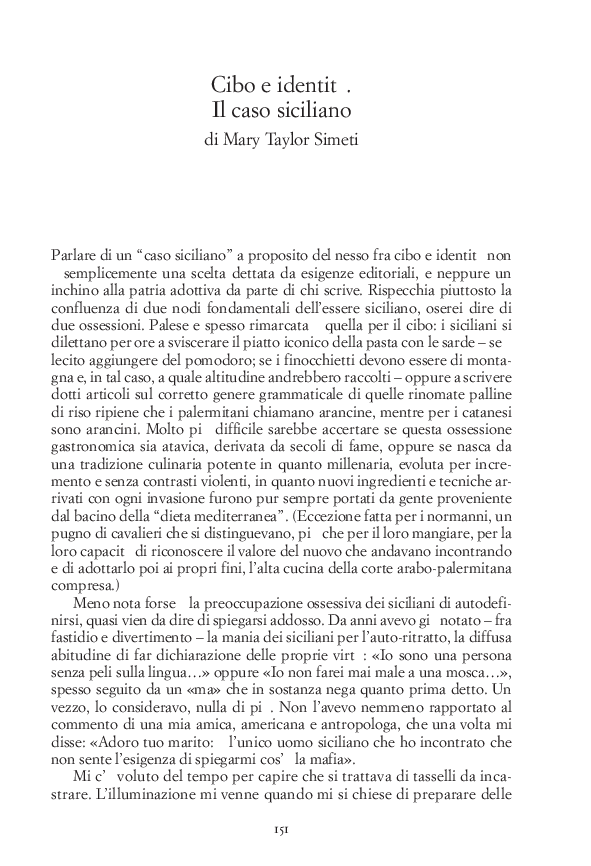