In this paper I carry out some reflections on the modalities of restitution regarding ethnographic data collected during the course of sound and musical field researches on the Italian peasant and pastoral cultures. The first part of the article is directed to the past: in Italy the modern ethnographic field research began in 1948 with the foundation of the Centro nazionale studi di musica popolare (CNSMP), in the Accademia nazionale di Santa Cecilia, with the Radiotelevisione Italiana (RAI) synergistic collaboration. Another important date is 1962 with the creation of the Archivio etnico linguistico-musicale (AELM), in the Discoteca di Stato, today Istituto centrale per i beni sonori e audiovisivi. Field research contributes to cultural heritage in the archives and is also the engine of a mass diffusion radio broadcasting addressed to an ante litteram restitution of material collected in the field. The second part of the paper is directed to the present: the notion of "community" has increasingly acquired central role in recognizing and dealing with cultural expressiveness, intangible heritage and the forms of protection and valorization applied to the intangible heritage. With examples drawn from the experience of the scholars of the past and from my personal research experience, I try to give elements of reflection on the role of local communities, public archives, stakeholders, the web, in the managing and claiming for restitution, in the enhancing and protecting the oral tradition sound and music heritage in Italy. 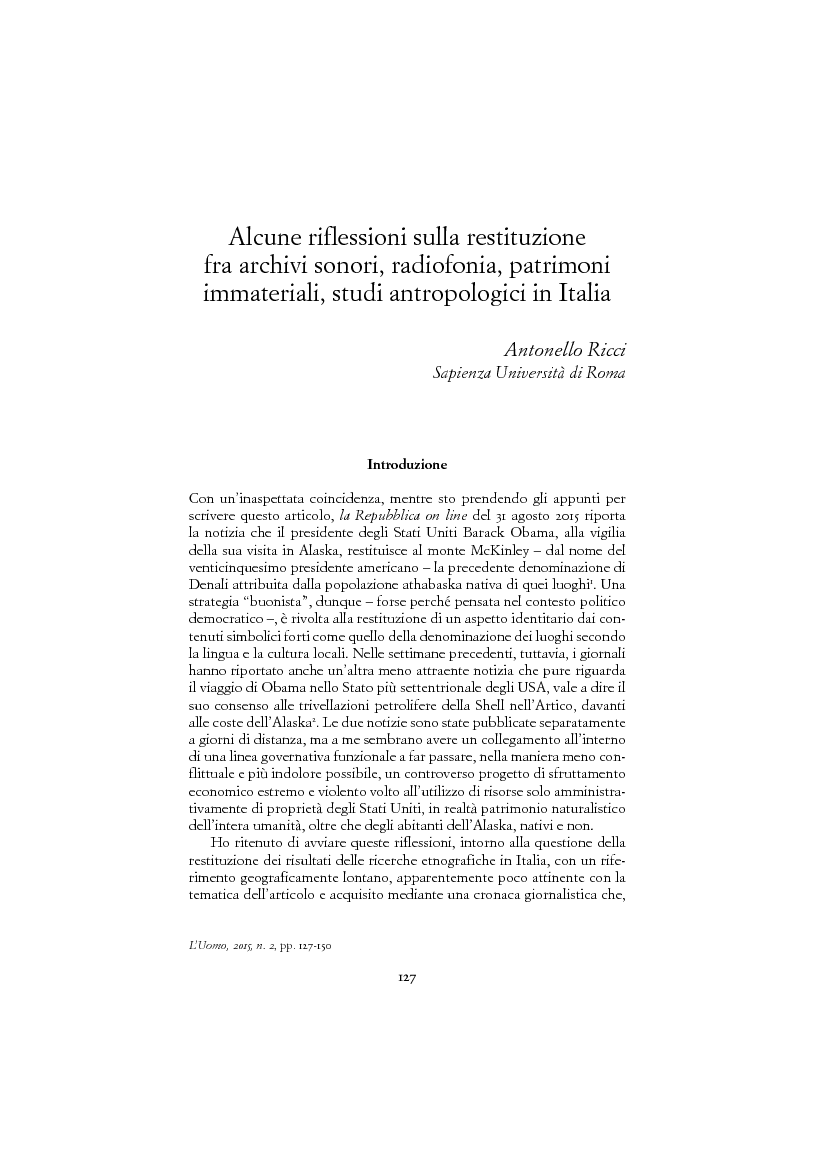