The author analyzes the theme within the framework of contemporary American Indian art and literature, so choosing a reversed perspective aimed at showing how selected non native items imported by the Natives are actually returned to the Euro-Americans in a creative remix. Through a selection of some of the most prominent American Indian artists' works - Fritz Scholder, James Luna, Edgar Hachivi Heap of Birds and Brian Jungen - different from one another for background, education, aesthetic choices and artistic media - the A. explores the extent and the different forms of the re-elaboration carried out by each one of them eventually resulting in the deconstruction of the most popular stereotypes of the American Indian and the invention of new reversed characters. Besides to the inventory of native figurative art the case of Sherman Alexie, a celebrated Spokane writer is offered, whose works seem to confirm, in native literature, the need for a re-elaborated version of the image of the Indian and of an adjustment in its representation. In Alexie's works this is always presented in a somewhat challenging way. The fil rouge of the article shows that in both artistic realms the skillful remix is obtained by blending native and non native elements that finally succeeds in offering an often ironic answer to some of the enduring white stereotypical images of the Indian. 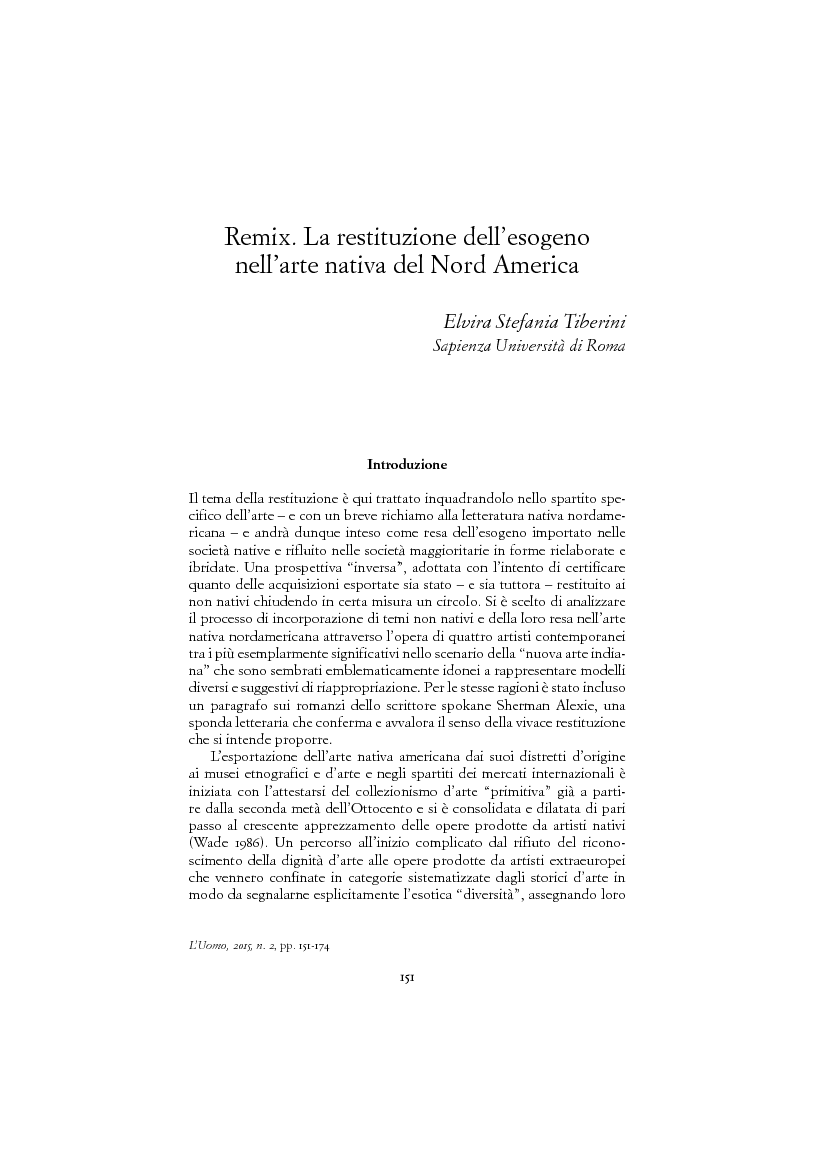