Starting with the 1950s and 60s, a new interpretive theory of the contemporary world has taken root: the so-called "critical theory". It has tried to follow the trajectories and places of "power" and the creation of subaltern subjects, presupposing a critique of capitalism and a similarly critical view on the institutions of modernity: hospitals, asylums, schools, prisons. This article aims at present some findings of an ethnographic fieldwork inside one of the last High Security Hospitals (OPG) in Italy, a place which, with its objective of "curing" and containing the mentally ill offenders, should be one of the privileged sites for that kind of "critical" analysis. My ethnography, however, shows an institutional, and human, reality that is significantly different from what the "critical" representation would lead one to expect. It shows a shifting field, one in which subjects are in constant flux, and one that subverts any and all binary separation of forces at play. Victims and executioners, passive and active subjects, subalternity and hegemony blend into each other in a range of different modes of sharing and dwelling that, through reciprocal negotiation, transcend the confines of the total institution. The OPG, in my ethnography, shows itself in its plasticity, rather than in its (supposed) monolithic nature. Therefore, my aim is twofold: on the one hand, to underscore the limits of an excessively rigid theory difficult to square with my ethnographic experience; on the other, to offer a slice of the everyday of multidimensional, contingent, "real" subjects. 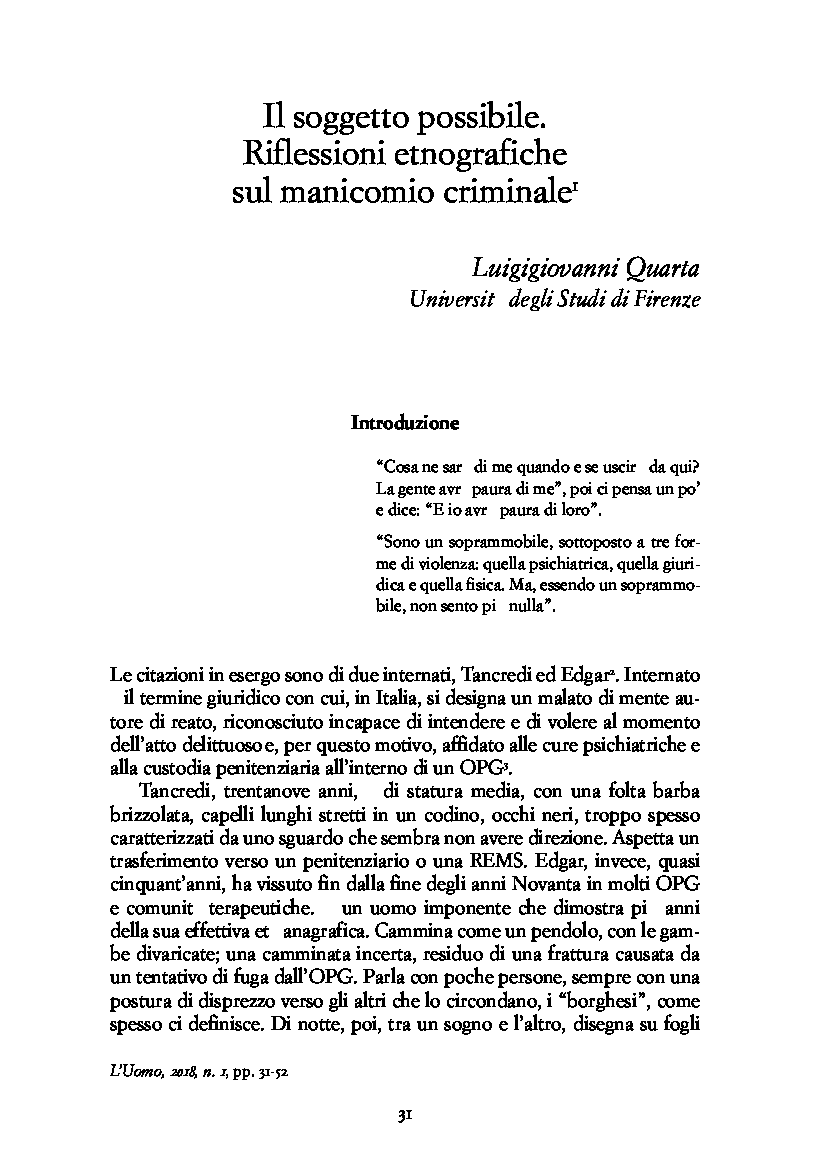