The present paper aims to point out how a certain narration, based on scientific concepts, shape the rhetoric of identity in Basque community. By the means of molecular biology research, some native geneticists recently attempted to demonstrate the similarity, at the level of genetic heritage, of actual inhabitants of Euskal Herria and some men that dwelled the land in prehistoric times. From the point of view of cultural anthropology, it is interesting to study how this kind of research has been elaborated and incorporated by local population. Indeed, this studies bear important implications at the social and political level, as far as they contribute in reshaping the way in which the community deals with its own past and, consequently, how it decide to act in the future (Palmié 2007: 205-222). In this paper, I will present the results of the fieldwork that I conducted in 2015 in Guipuzkoa. In integrated the traditional field research with diverse research loci, such as websites, blog, social network, DNA consulting dedicated Internet pages. Focusing on the relation between genetic research and identity policies turned out to be particularly important, since molecular biology seems to gain a key symbolical meaning in different social areas and discourses. In Basque Country, where the rhetoric of separation is gaining momentum and the interest in genealogy is today significantly widespread, these scien tific findings are indeed able of being integrated in collective memory rephrasing, in new terms, the old notions of "blood", "roots" and "ethnicity". 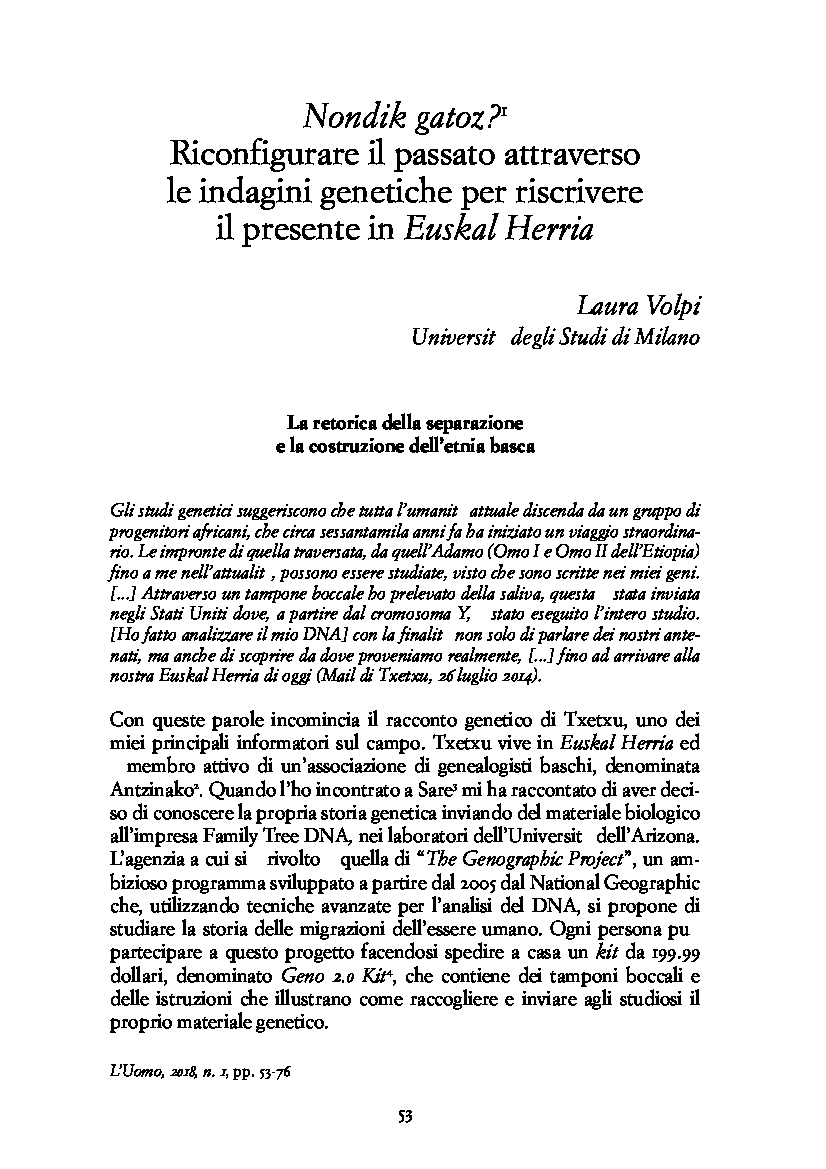