The Mouridiyyah is a Muslim Sufi confraternity founded in Senegal (Western Africa) in the late 19th century. Currently, the order counts more than 9 million affiliates in all over the world. Touba, its Holy City, is the centre of an annual pilgrimage involving about 4 million people. Being a Murid is a strong identity reveals in two different marks: at first, in the way of living and practicing Islam and, in addition, in the strong claim of national and African pride, particularly after the Independencies. This paper retraces the history and main characteristics of the Murid Students' Association, nowadays known as Hizbut Tarqiyyah (Party of spiritual elevation). The organisation was born at the University Cheikh Anta Diop of Dakar in 1975 on the heels of the various forms of neo-confreric associations (Samson 2012). In a few decades it became the emblem of an alternative concept to the French model of cultural citizenship. Declining the archetypal of the Arab intellectual in a modern way and using new technologies in order to popularize and disseminate the values of the brotherhood, the Association has become one of the main actors of the confraternity in urban and rural environment in Senegal and among migrants of the diaspora. 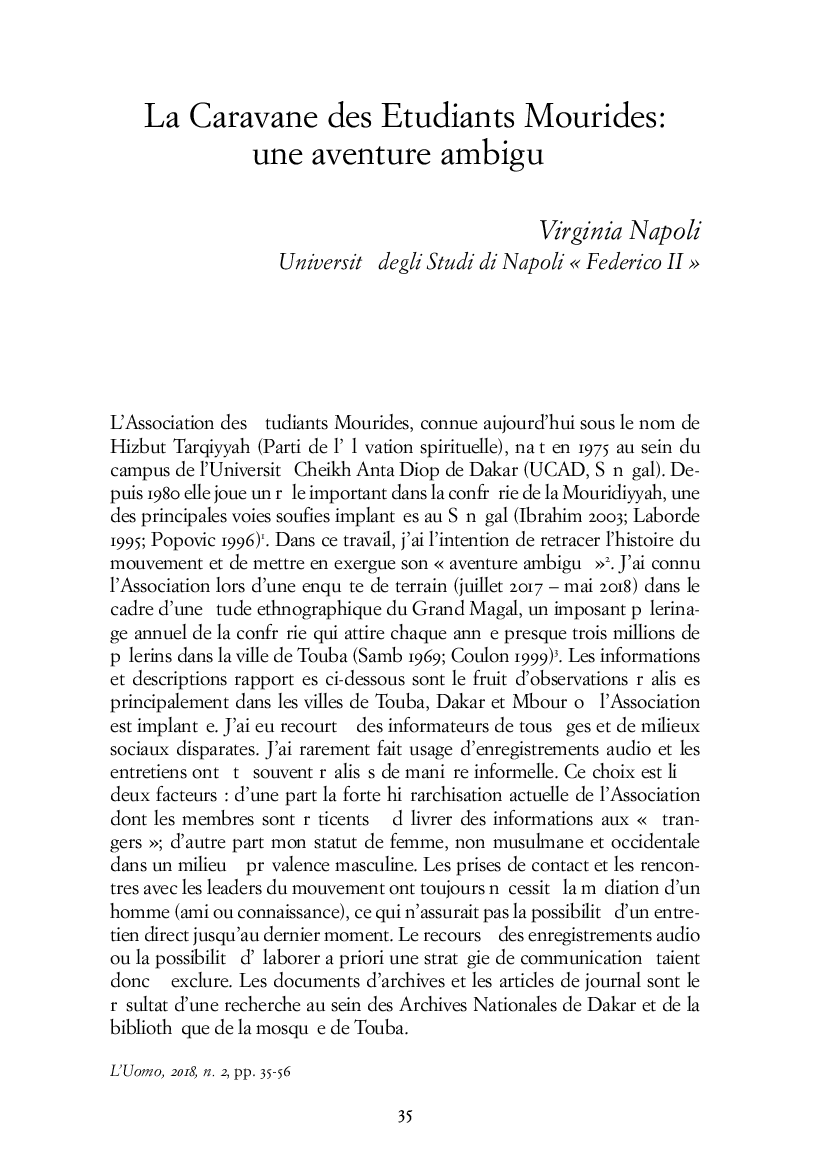