This paper wishes to draw attention to some distinctive characters of African prophets. For example, they almost never write and always fight wizards or witchcraft. And the question is raised about the style of the prophets, whose bodies, voices and gestures during the field research are inseparable, a style that proves to be much more stable than the very different social conflicts that the African prophets have captured and shaped especially from the twentieth century until today. The prophetic style makes it possible to approach in a more concrete way the question of the charisma, and the suggestions on the notion of « oral style » by Marcel Jousse have been used here. The eminently ritual context of African prophetic preaching makes it possible, furthermore, to put forward some suggestions about the very notion of «prophet», a figure of very long duration in the gestation and expansion of Western civilization, where a number of men and women have praised a direct and personal relationship with the deity without losing their name and surname. 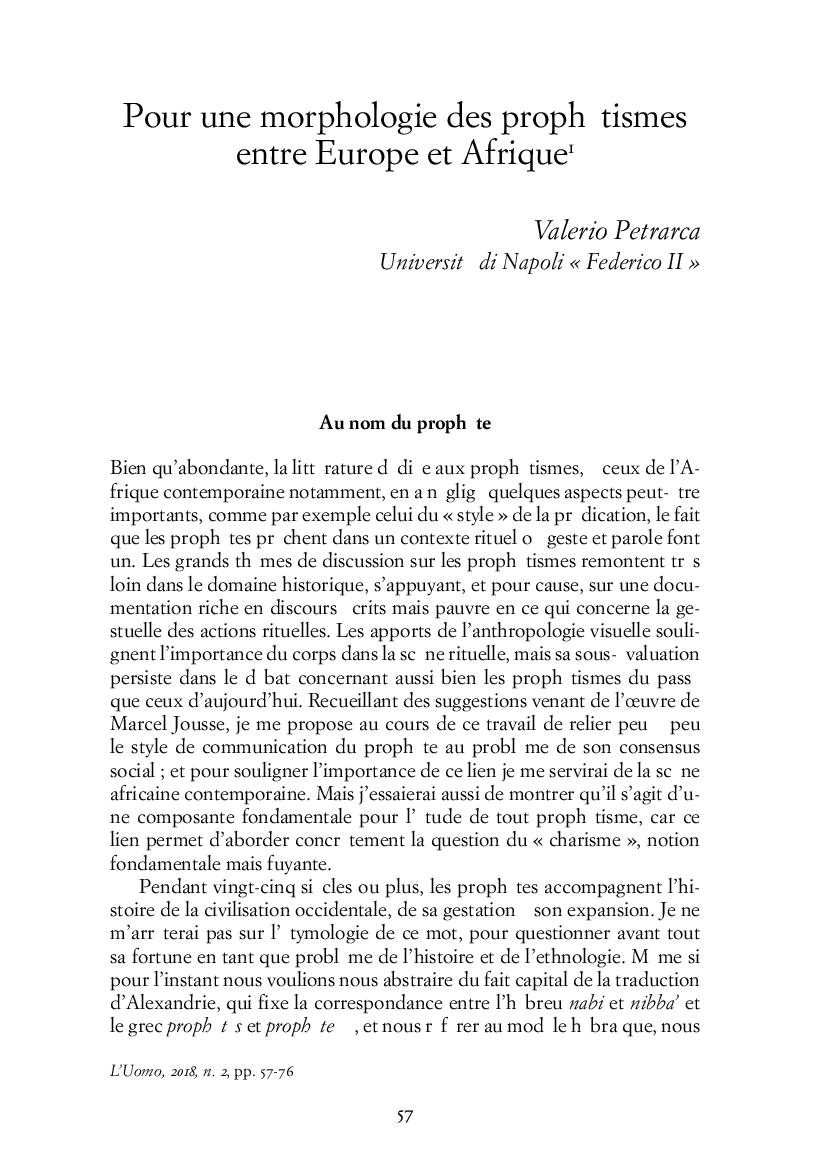