In recent years, the question of religion's role in public life has dramatically reemerged not only in Europe but worldwide due to the increasingly multicultural character of contemporary societies in which multiple religious identities coexist with various forms of secularization. As a mirror of society, school is closely involved in this issue, particularly when it touches on minority groups such as Muslims in Europe. Schools have the task of educating future citizens in societies that are more and more heterogeneous and fragmented, yet neither harmoniously integrated nor genuinely pluralistic and inclusive. In addition, religion continues to be a significant source of intra- and infra-group identification processes, individual and collective behaviour and knowledge transmission. Moreover, it cannot be denied that religion is occupying a prominent yet ambiguous place in the public sphere after the turn of the 21st Century despite predictions of religious decline. Conversely, religion in contemporary societies often risks being essentialized as a cultural 'fact' and even used to fuel enduring social and political conflicts. 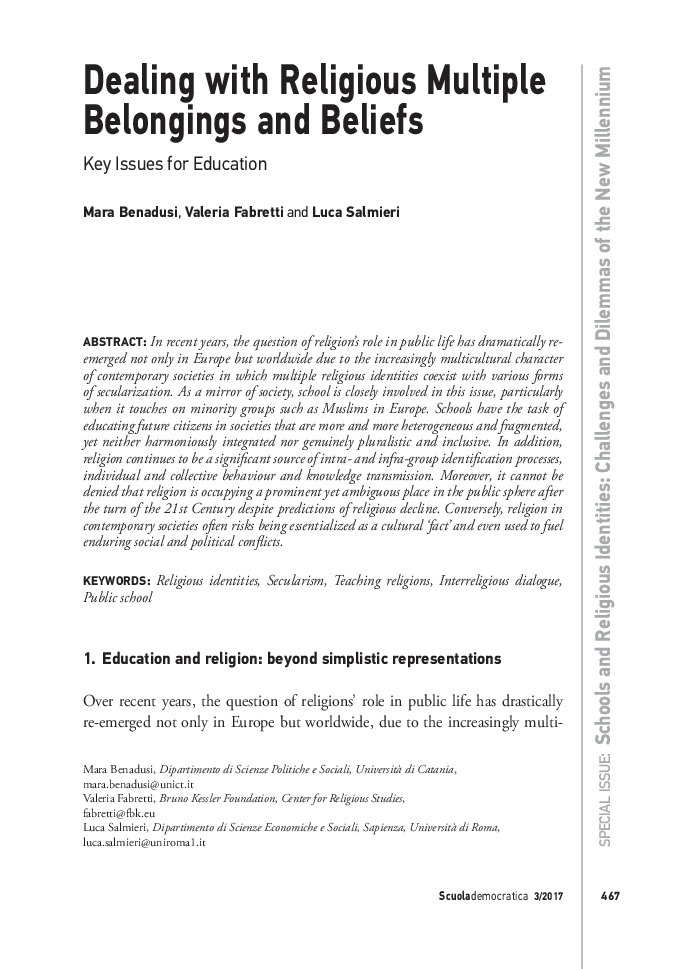