For the past fifty years Castel del Monte, the octagonal-shaped building conceived and commissioned by Frederick II of Sweden, Emperor of the Holy Roman Empire, in 1240, has been the object of much study. Research has highlighted the profound symbolism of its architecture, above all in light of its strong astronomic, geometric and arithmetic implications. And yet, though in the Middle Ages these three sciences together with Music formed a single disciplinary "corpus" (the quadrivium), no musical investigation of this building has as yet been made. For the first time, this article illustrates how the same Pythagoric proportional system, both mathematical and musical, was applied in Castel del Monte as that already noted in buildings of the same period. Furthermore, with even more originality, the architectonic elements turn out to be a numerical code for the symbolic deciphering of a melody inserted in the walls of the interior courtyard, which turns out to be a grandiose representation of the "Musica delle Sfere", where planets and angels sing the Name of God through numbers which the Hebrew cabbala associates with the letters of the tetragram JHWH: J=10 H=5 W=6 H=5. Though exceptional, the results were obtained without departing from the reference framework defined by the cultural context of the Middle Ages and the court of Frederick II, as well as the musical theory of the time. 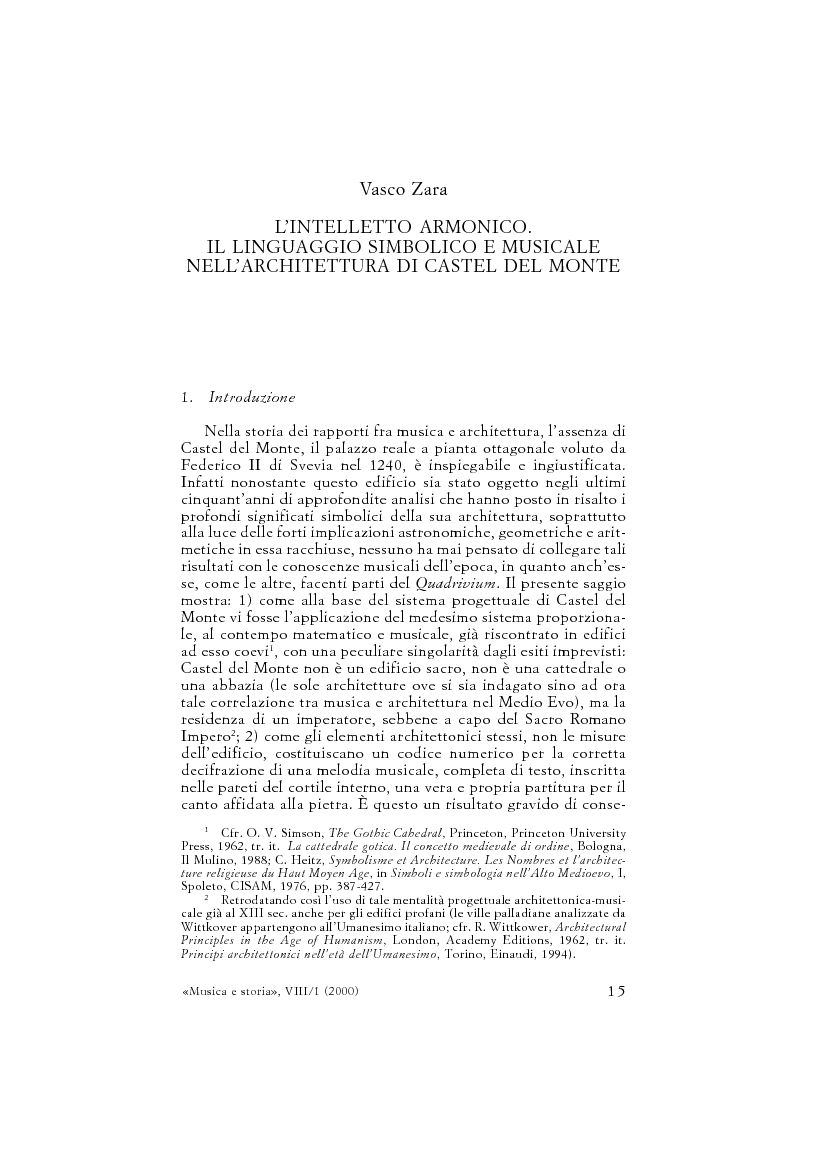