Denis Diderot (1713-1784) dedicates only one work entirely to music, that is "Leçons de clavecin et principes d'harmonie", published in 1771. On the surface, it appears to be a text on musical education aiming to teach musical harmony in a few months. On a deeper level, textual and structural peculiarities lead the analysis well beyond its simple contents. Among these emerges the characterising element of the work, which stands alone in contemporary musical treatises. Diderot creates a sort of numeric metatextuality: he constructs literary, theoretical and methodological figurations which emerge when reading is focused on numberreading code to interpretation of the book. The literary structure of the "Leçons" is modelled on 'musical number' with its theoretical and symbolic implications. The root seems to be found in the same musical theory, whose rules are ordered in a system of four numbers: 2, 4, 7 and 12. The re-composition of these four numbers leads to a second level of interpretation intertwined with the method of harmony proposed on a superficial level. The application of number, with rhetorical intentions - from simple figures of speech to articulated polysemic constructions - thus meets its theoretical and scientific use: number penetrates the method, it justifies and simplifies the theoretic assumptions on which it is based. In this way equations between different levels of a text are produced: between structure and literary discourse, between method and written text, between musical theory and mathematics. This article connects Diderot's musical thought both to contemporary harmonic theory, and to numerological tradition, setting it ahead of its time as regards Diderot's compositional study on the metatextual dimension, and making it object of future research in the sphere of semiology. 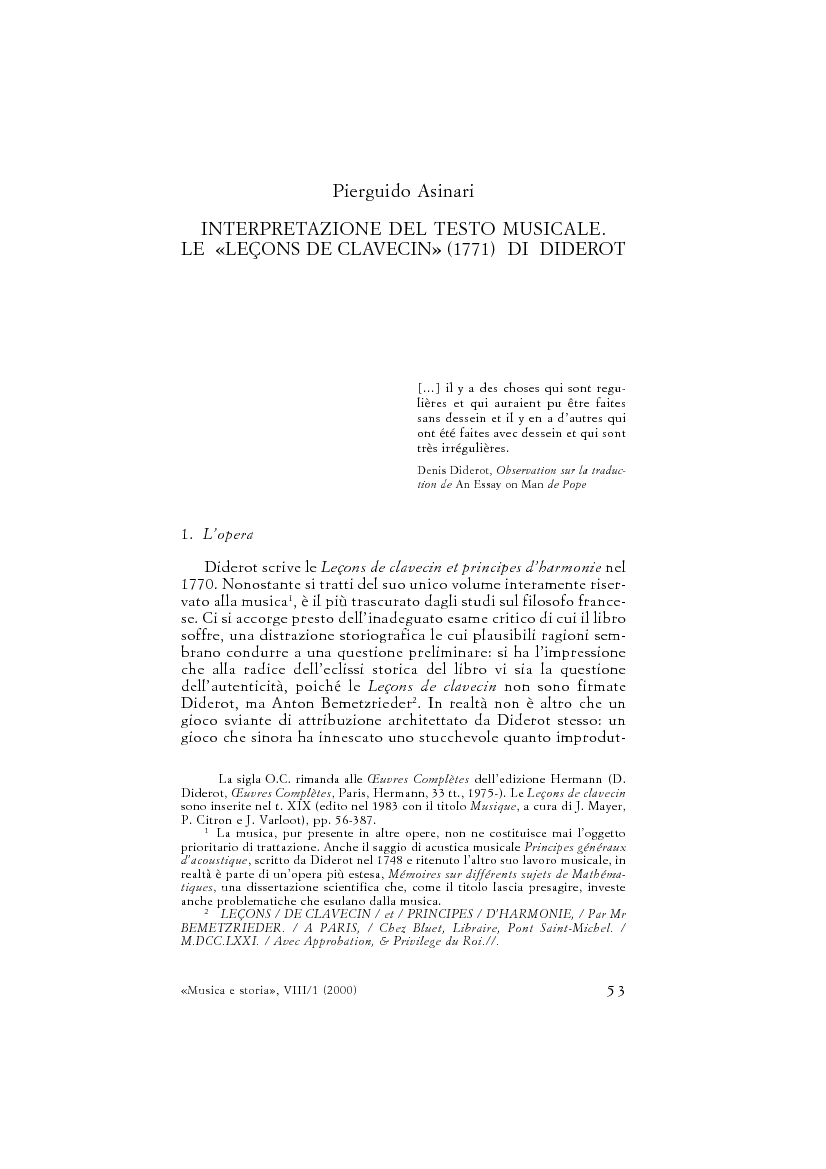