Eliot's "Four Quartets" follow the same formal criteria as Bartok used in the composition of the 4th and 5th string quartets, that is a constant use of relationships of symmetry and specularity between the different parts of the composition. Like Bartok, in the Quartets, Eliot follows the division into five movements, where, in virtue of the above-mentioned principle of specularity, the 5th movement recalls the first, while the fourth reflects the 2nd. The relations of symmetry and specularity are further complicated in Eliot since the whole structure is divided into more parts. In fact we find ourselves with four compositions, each of which is divided into five movements. From an illustration of all the possible specular relations within the poetic structure, emerges the comprehensive idea of a poetic work in which the concept of before and after disappears since every poetic and structural element reconnects itself to something already said and anticipates what is to come. The main theme of the "Four Quartets", that is the overcoming of time in a sort of timeless present thus finds expression not only on a conceptual level, but is inherent in the poetic structure itself which symbolises the theme in its most abstract form. 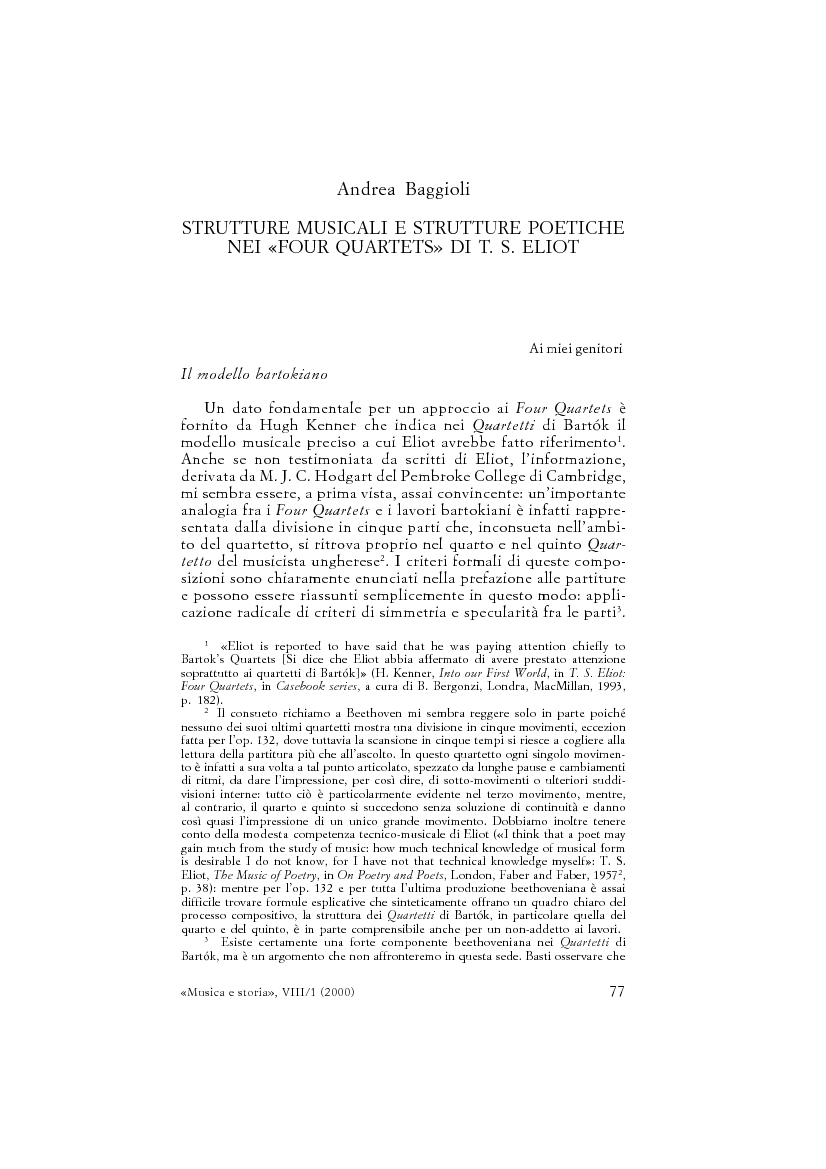