The famous "Barberiniane" festivities of 1656 dedicated to Queen Cristina of Sweden included amongst other items a staging of "L'armi e gli amori", with a libretto by Giacomo Rospigliosi and music by Marco Marazzoli. The subject of the opera reuses a cloak-and-dagger comedy by Juan Peréz de Montalbán, "Los empeños que se ofrecen": a little-known title today but one that had an extraordinary success throughout Europe. Already adapted by two of the most celebrated comedies of Calderón, "Dama duende" e "Casa con dos puertas", it enjoyed numerous French remakings, including those of Th. Corneille and later of Boursault, which became ultimately reference points for the English authors Ravenscroft and Centlivre. In Italy, beyond Rospigliosi's "dramma per musica", is numbered a prose translation of Bentivoglio and a scenario by Biancolelli, later performed mostly in France. A comparison of the alterations which the subject underwent at various times during its migrations (a fate common to very many other Italian libretti of Spanish origins) affords an opportunity to better penetrate the thought and culture of seventeenthcentury theatre. 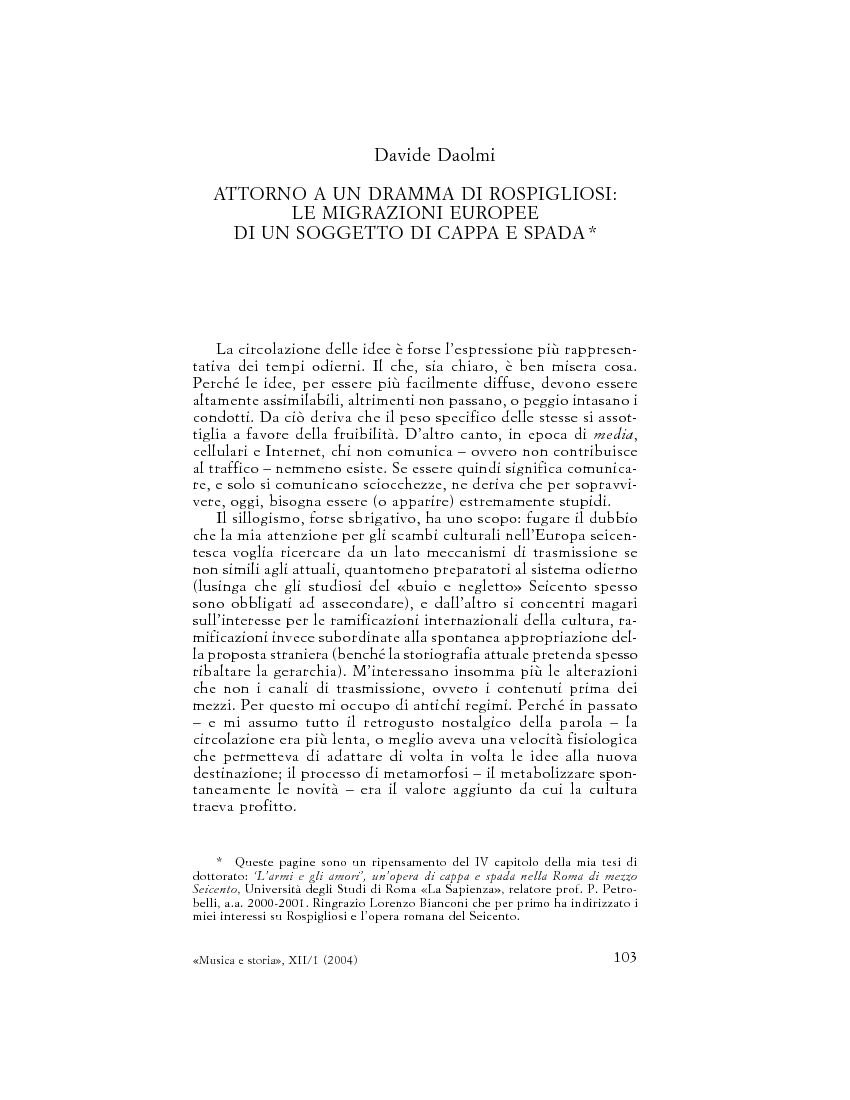