Carlo Maria Maggi's "La Bianca di Castiglia", composed in 1669 and performed on several occasions both in the private theatre of Count Vitaliano Borromeo at Isola Bella on Lake Maggiore and in the public theatre of Milan, is examined as the work of a playwright towards the construction of a plot. From the "fabula", that grafts onto the courtly setting a situation of conflict between three brothers who aspire to marry the queen, Bianca, Maggi devised a plot with two strands that is concluded by the "topos" of the double marriage, interwoven with types of scene and with dramaturgical mechanisms (disguises, misunderstandings, recognitions), amply utilised in Venetian libretti of the mid-seventeenth century, but traceable also in the Spanish theatre of the 'Siglo de Oro' and in the French dramaturgy of the classical period. The analysis and comparison of the manuscript documents and the printed editions of the libretto and two versions of the 'Argomento' of the opera demonstrate that Maggi continued to review the text, modifying in particular the comic interludes and adding some scenes also at the behest of the performers. And it reveals, beneath the opera's contemporary and beguiling dramaturgical garb, the intention of making theatre an educational instrument and of offering to the spectators a morally exemplary event, in which the values of loyalty and honesty find their just recognition and define viable models of behaviour. 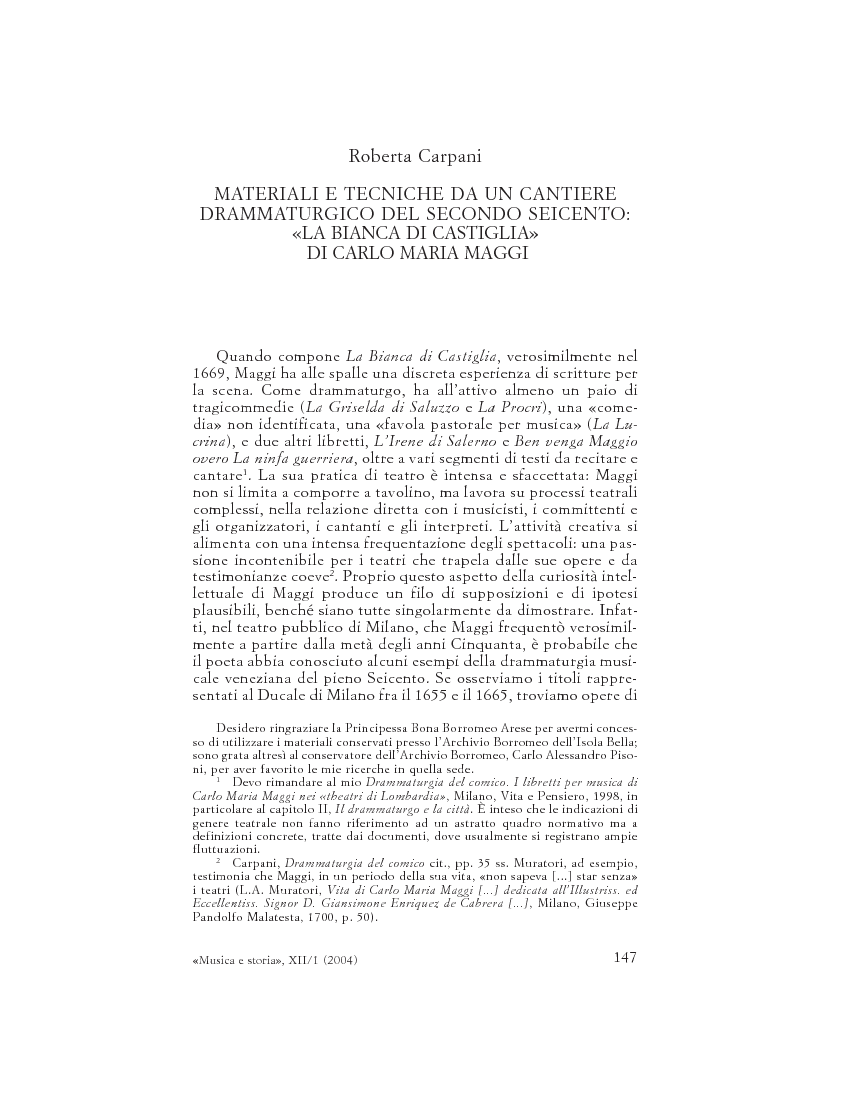