Mensural chant - the best-known prototype of which is the Credo "Cardinalis" - probably emerged at the end of the thirteenth century as an amplification of plainsong, and sospect into the simple polyphony that had already been the most common form of solemn vocal work in that century. As well as making the melodic development more varied (less monotonous), the application of a proportional rhythm to the melody accompanying the long text of the "Credo" was intended to make the polyphonic performance of it easier and more regulated and defined. It is probable that this type of chant first emerged in France (Avignon?). A powerful stimulus to this new language, which did not make use of the "oqueti" and "minimae" of more elaborate polifonie, also probably came from the papal bull "Docta Sanctorum" (1325), whose final paragraph praises simple polyphony. The hypothesis is supported by numerous two-voice versions of not only the "Credo Cardinalis" but also of other Credos (in fact, such works are very numerous when compared to the scant evidence of simple polyphony being applied to other genres of singing). However, these Credos often reveal variations in the second voice. This seems to prove that the "Credo Cardinalis", which was not only well-known but rhythmically well-defined, would from its very beginning serve as the basis for extemporary intonations of two voices, with the added voice either invented by the "succentor" or intoned according to local traditions of "contracantus" passed on from teacher to pupil in one particular church. As many extent manuscripts show, this added melody might be rhythm down, but more often than not it was dependant on the memory and skill of the "biscantinus". This explains the existence of a parallel - and apparently monodic - tradition of chant: as with all the rest of the repertoire, most liturgical books record just the base voice and not the additional ones. Because the second vocal part was not transcribed, the polyphonic "amplificatio" could be continually updated in accordance with the tastes and abilities of the singers in a particular church. Furthermore, this absence of a fixed transcription meant that each church could have its own counter-melody, making the pieces performed there specific and unique. The analysis of the monodic version of the "Credo Cardinalis" casts light on its formular structure, which is rich in varied repetitions. It also brings out striking stylistic parallels with the "Triplum" of the Gloria and Credo in the Mass by Guillaume de Machaut. 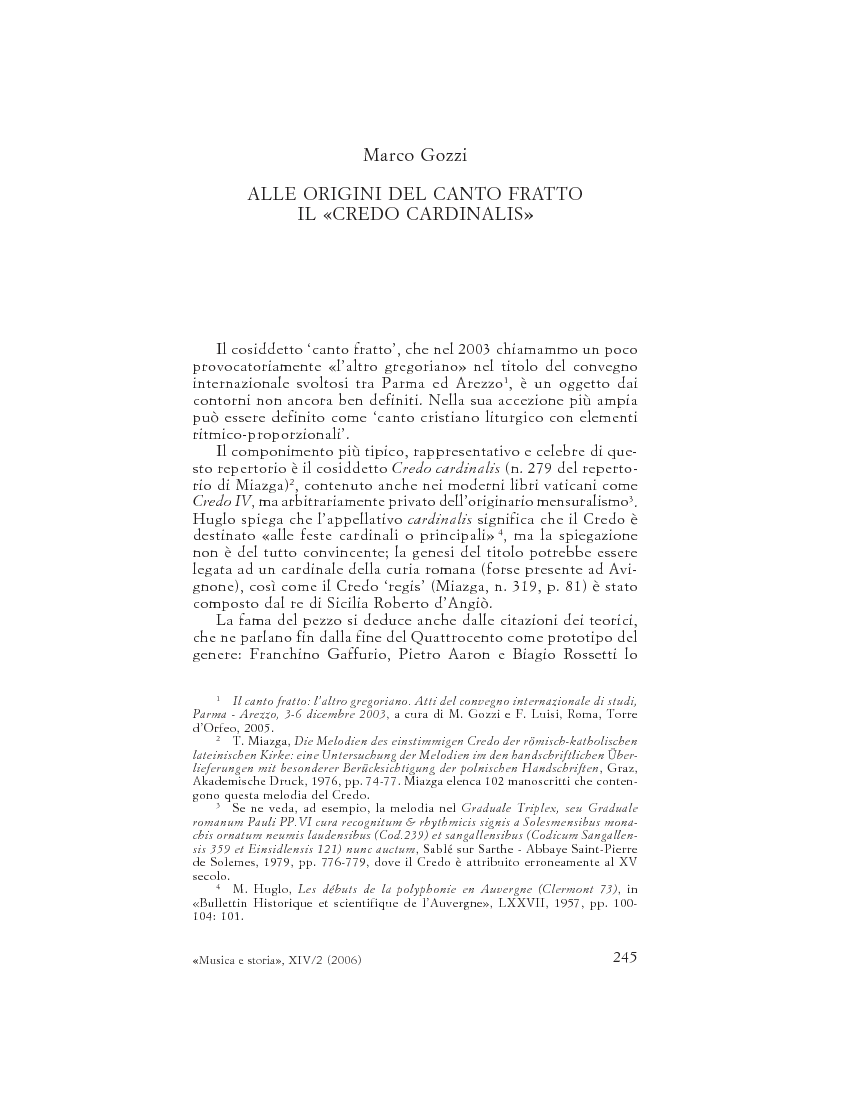