The first part of this paper analyses of Béla Balázs' reflections on film sound contained in the book "Theory of the Film, character and growth of a new art" (English translation 1952). Balázs' develops the concept of soundscape and "acoustic environment", and sustains that they highlight the contribution that both sound and noise have brought to the meaning of the image, not due only to the indisputable supremacy of the word, as critics believed at that time. Then Balázs develops an original reflection on the depth of the cinematographic image, which is linked to the audiovisual combination and not only to the construction of the shot: taking to the extreme the idea of free counterpoint, the Hungarian critic affirms that in the movie the director can organize the soundtrack using sounds, music, noises and speech without any relation to the visual aspect and vice versa. So, in this kind of work, the spectator plays an active role, as long as he has the task of rebuilding the complexity of the meaning of the whole image; so his purpose is to connect the different materials offered by both visually and acoustically. In the second part of this essay, Balázs' reflections on the potential of film sound are decisive in order to shed light on the "modus operandi" of Tarkovskij, as it appears in several notes taken from the working diaries of "The Mirror". 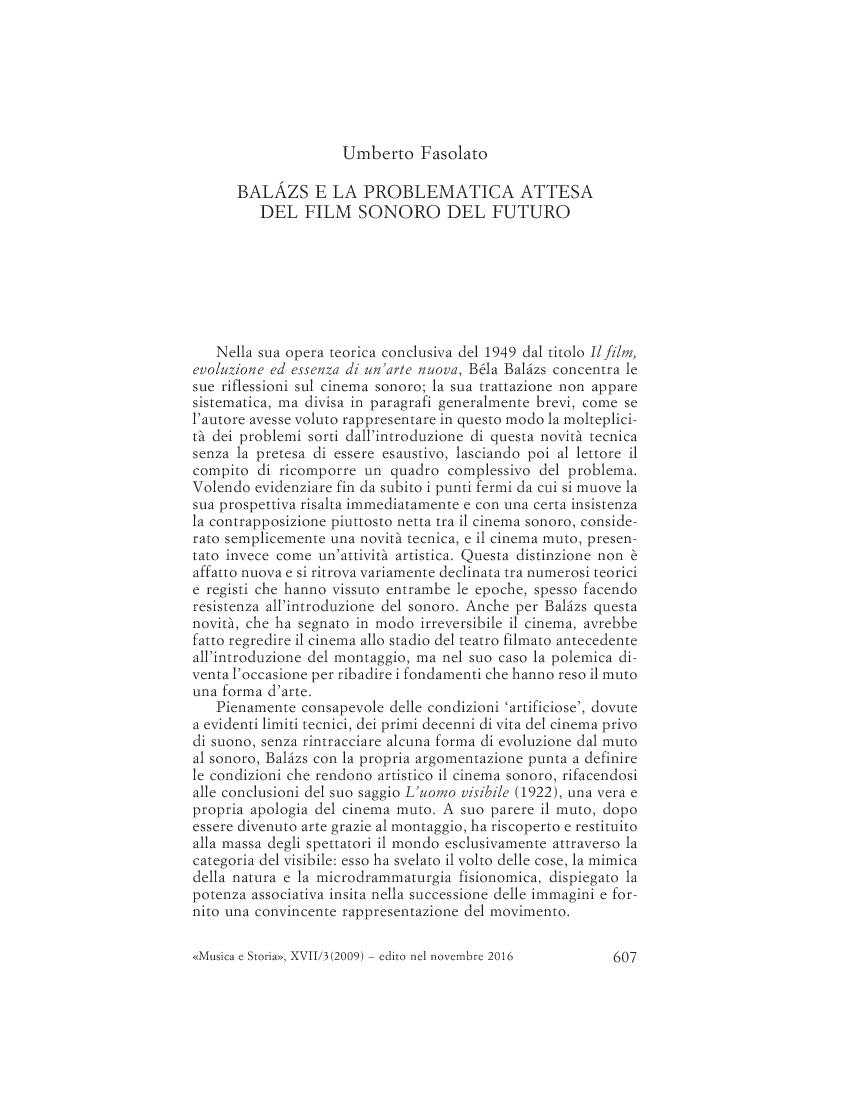