This article theoretically and empirically elaborates the position of the Greek-Orthodox Church, both institutionally and culturally, on the question of globalization. It examines how Church discourse conceptualizes globalization in diverse and sometimes antagonistic ways, and the correlation between religiosity and trust in global institutions as well as the value framework these represent for the Church. The data for analysis derive from church documentation and the EVS dataset; the theoretical method builds on the Essex School paradigm of discourse analysis. OLS estimation techniques are used for empirical analysis. The preliminary findings indicate a diversity of views within the Church body regarding the globalization agenda. On the one hand, globalization is viewed as a corrupting influence on religious purity. On the other hand, the institutional Church has in critical periods taken a pro-Western stance for social peace. The empirical evidence confirms this distinction between political attitudes and cultural structures. In particular, it suggests that the religious body conceives of globalization as a threat to national identity and the traditional local values, but to a large extent still trusts global institutions like the EU and the United Nations. 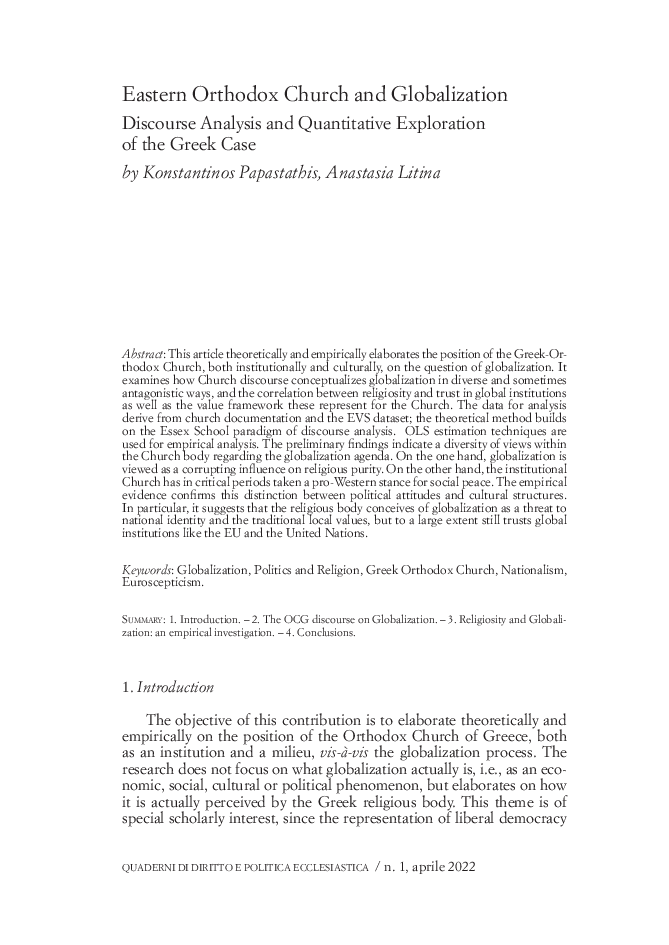