In Africa and in the Democratic Republic of Congo particularly, the religious aspect has a strong social dimension and, as such, often interferes in the public domain. The importance of the social dimension of religion amongin the Congolese and the expression of the freedom of conscience and religion that ensues from it, produces both legal, social, and political consequences. In this Central African country, the question of religious freedom can only be understood through the relationship of religion and state, which provides the best understanding of this fundamental right. 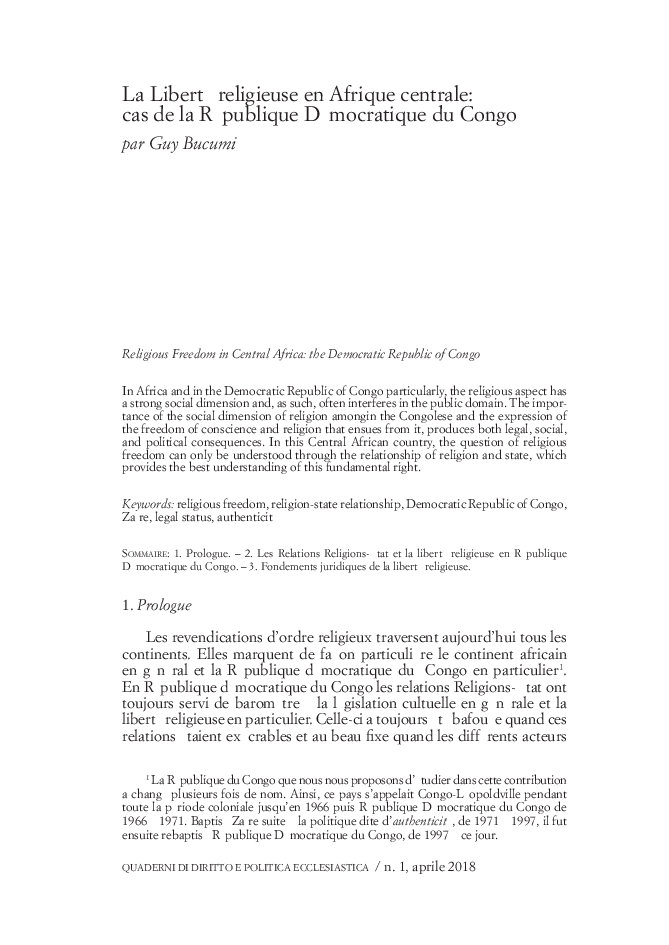