The essay deals with the intersections between labour law and climate change, or climate crisis. It takes into consideration two main positions. According to the first one, labour law can cope with the effects of climate change on the labour market, with regulations that are already in place, such as those on collective dismissal, transfer of undertakings, and others. However, the author adheres to a different opinion, according to which labour law should reconsider its own theory of justice in order to adequately address the challenges due to climate change and climate crisis. The idea of a just transition of the workforce might help to overcome the traditional dilemma work v. environment 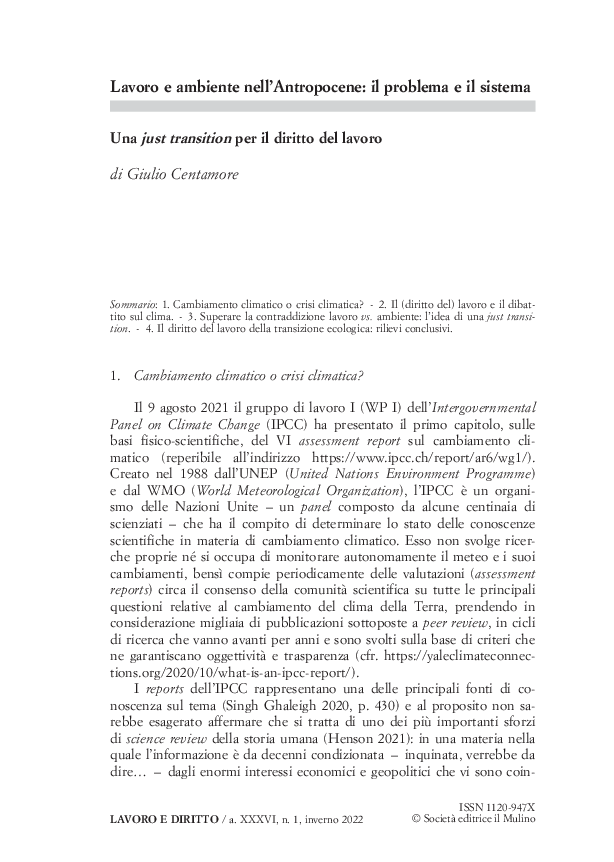