The aim of this paper is to study mentalization in couples expecting their first baby, starting from the verbalizations included in the Clinical Interview for Parents during pregnancy (CGG - Colloquio per Genitori in Gravidanza; Lis, Zennaro, 1997; Zennaro, 1995). The concept is oprazionalized keeping in mind the reflective self function was originally devised by Fonagy and co-workers to assess the parent's quality of another's intentionality (Fonagy, 1991, 1994; Fonagy et al., 1996; Fonagy and Target, 1997). Reflective self function was rated in three areas of the interview: the expected child, the couple relationship and the relationship of parents-to-be with their own parents. The sample includes 112 middle-class couples, living in Northern Italy, and expecting their first baby. The aim of this paper is to describe quantitative data on the reflective self function in the three areas considered. Qualitative examples of interviews with high and low reflective self functions are also reported. 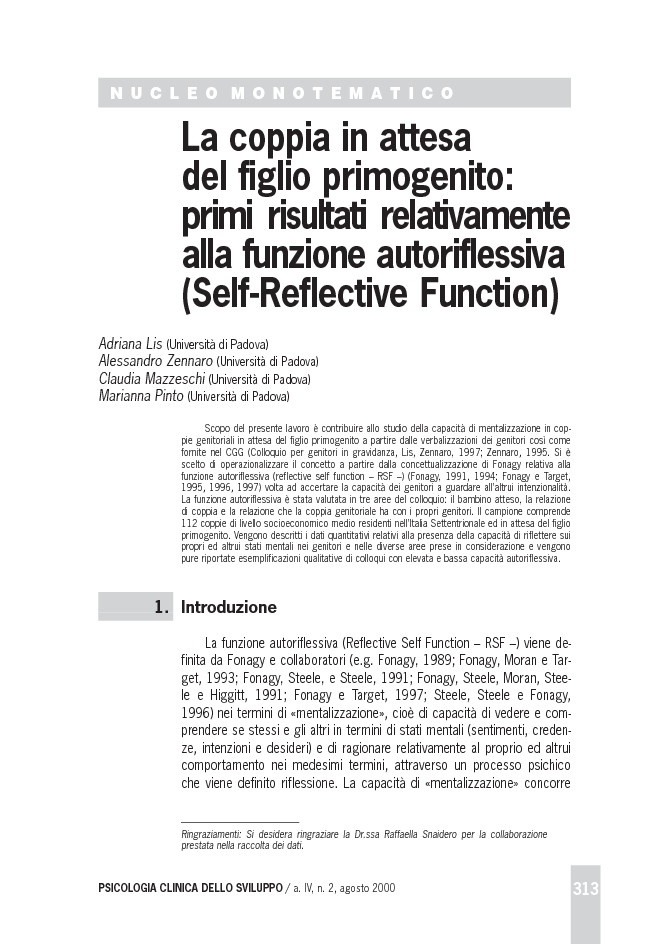