This study investigated, in 36 dyads, the relationship between mother-child interactions during feeding and playing, through the "Feeding Scale" and "Play Scale" , and socio-communicative abilities of young children in interaction with an unfamiliar adult in the course of a structured observation, through the "Early Social Communication Scales" . The children, aged between 9 and 24 months (19M), all born at term, had a development within the typical range, and their mothers did not show psycho-pathological symptoms. Results identified interdyadic differences so that these dyads were distinguished into "dyads with functional interaction" and "dyads with transient interactional dysfunction" . Interactional Conflict during feeding, higher in the dyads with transient dysfunctionality, was inversely correlated with the children's socio-communicative competence of Responding to Joint Attention in interaction with an unfamiliar adult. Moreover, results showed that Responding to Joint Attention significantly predicted interdyadic differences ("dyads with functional interaction" vs. "dyads with transient interactional dysfunction" ). 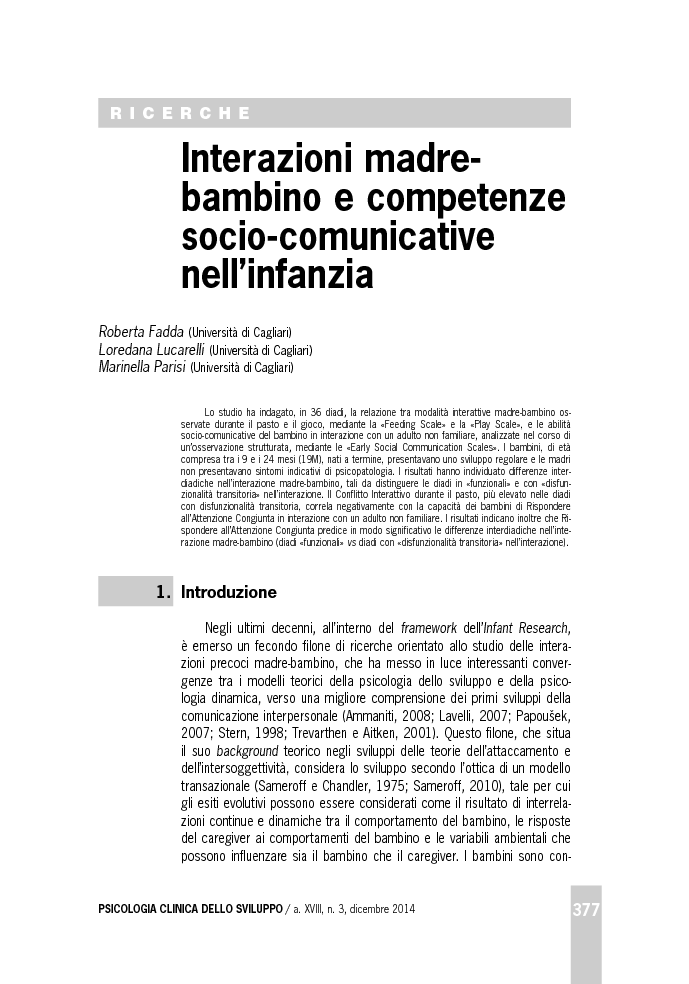