In recent years, several studies indicated that autism is associated with dysfunction in neural systems involved in emotion and reward processing. It has been suggested that motivational/affective alterations can explain social cognitive impairment in autism. This article reviews studies addressing the role of ventral striatum and oxytocin in autism. There is little evidence that autism is characterized by striatum hypoactivation in response to social reward, but there is evidence indicating that autism is characterized by striatum hypoactivation in response to negative social reinforcement. Several studies have shown acute effects of oxytocin on social cognition in autistic subjects by acting on the neocortical hypoactivity that underlies the core social deficits that define autism. However, studies addressing effectiveness of continuous administration of oxytocin as a pharmacotherapeutic treatment for core social symptoms of autism indicate that oxytocin has no therapeutic effect. We suggest: 1) that preventive intensive intervention involving repetitive, selective and contingent association between oxytocin administration and the presence of specific social interactions can induce in children at risk for autism an increase in social motivation that, in turn, could promote the acquisition of social skills; 2) «the social emotion theory of autism». Social emotion theory suggests that, in subjects with autism, emotional state triggered by visual and auditory social stimuli involves absence of positive emotions as well as occurrence of negative emotions. This emotional state derived (also) from hypo-responsiveness of oxytocinergic system to affective somatosensory stimulation, and causes an alteration of the socio-cognitive development. 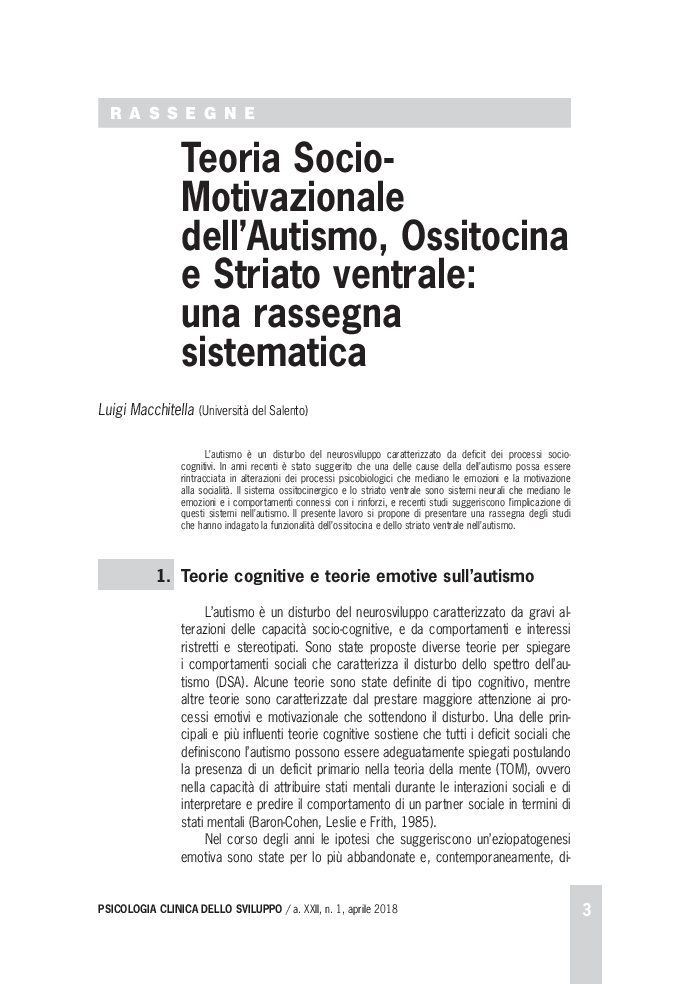