The essay focuses on the story of university female students since the 30s, when the women’s sections of University Fascist Groups were created. Focusing on the role of women in Italian Universities during the fascist regime, the text shows the first results of a research on the relationship between women and fascist power and how this relation links to the theme of Italian female emancipation. Discouraged from fascism and public opinion who considered higher education unsuitable and harmful to female intellect, the young educated Italian women, an élite of girls particularly gifted, daughters of good families able to enter the restricted and male academic world, tried to find a way to express their aspiration to establish themselves as modern women, combining personal development, social engagement and maternal mission. Without any political leaders, with no National Fascist Party support and often laughed at by male colleagues that considered them inferior, the university women used sports and their participation in events to earn a place in university life, hall of adult life, and in 1938 they finally reached the opportunity to take part in the Littoriali della cultura e dell’arte, in separated sections for women. 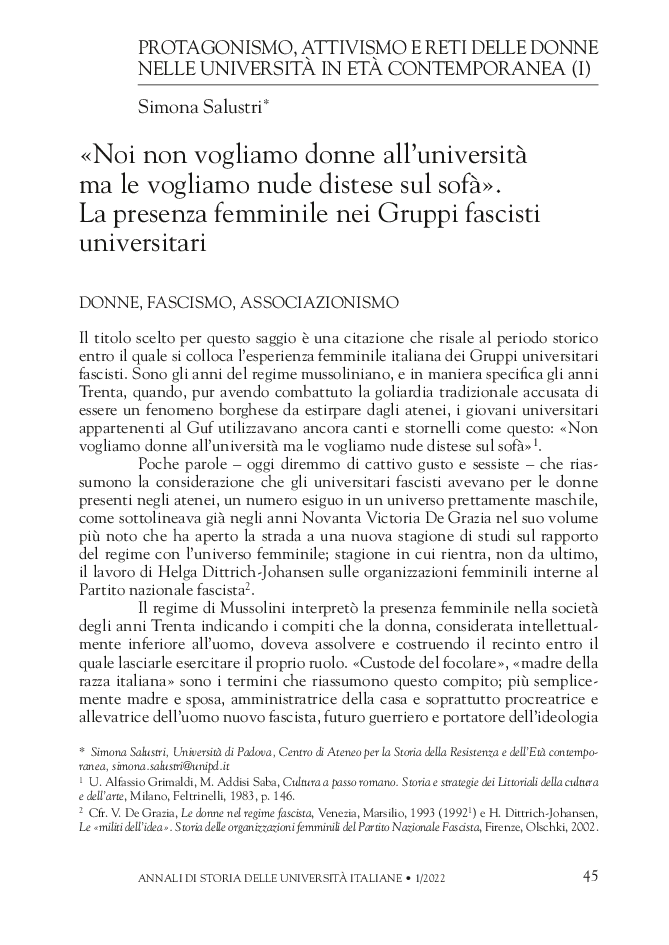