of fascism? What were the experiences of graduates and intellectual women, both Italian and foreign – above all Jewish but not exclusively – who went abroad, often with their families, and at times alone? What was the impact of this displacement on the culture and universities of Italy and the country of arrival, and of those who returned? Women’s stories, and the intellectual migration of women in particular, are predictably the least visible of the broader phenomenon of discrimination and persecution in universities. Italian historiography has defined the phenomenon as having been «removed» and, although still little known, it is usually seen through a few male protagonists’ cases. The paper presents some case studies and proposes certain reflections arising from research, still in progress, on the lives in movement of «Intellectuals displaced from Fascist Italy» (https://intellettualinfuga. fupress.com/en). Of approximately 400 figures identified so far, women account for approximately 24% (but the list is open and can still vary). And as always, their stories are not a mere supplementary appendix. Discovering names and faces, as well as reconstructing these women’s experiences, both requires and leads to a rethink of how sources, definitions and periodization should be approached. 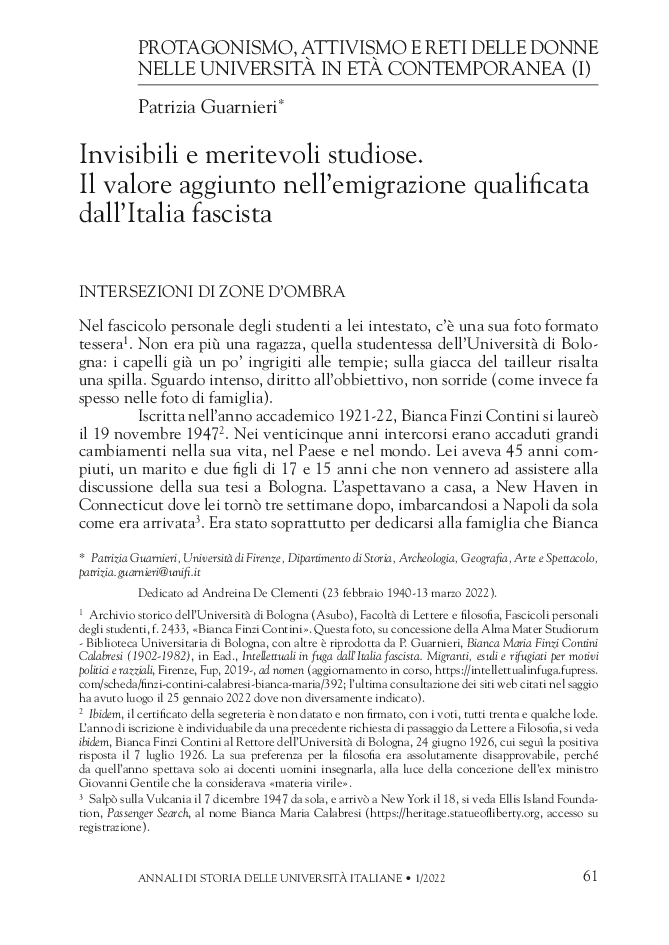