The Museum of Computing Machinery of the University of Pisa opened in 2000 after being conceived in 1993 with the institution of an ad hoc national commission by the Ministry for Education, University and Research, whose job was to provide exhibition space for the University’s technology and science collections. Initially, the core of the Museum’s collection comprised physics and astronomical instruments from the Department of Physics, dating from the 18th to early 20th century. These instruments then became the reason behind the creation of the new independent Physics Instruments Museum in 2017. Over time, a wide range of historical calculating machines was added, creating one of the most important collections in Europe. In the collection, one item of great historical significance is the Pisa-invented electronic calculator, the first scientific calculator built in Italy. This was the product of a collaborative project with Olivetti, who in Pisa also started designing the Elea series of calculators in the mid-1950s. Thanks to these initiatives, a school of researchers and engineers was created, contributing to a large degree to the birth of Italian information technology. 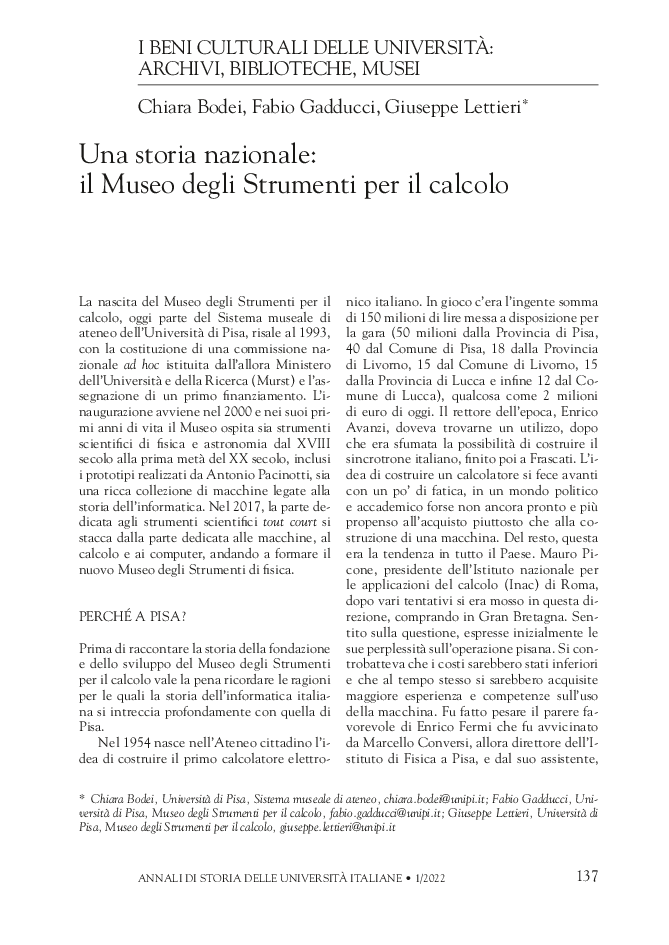