This paper focuses on the relationship between judicial authorities and University of Padua students during the final years of the Republic of Venice. Even as late as the second half of the eighteenth century, student indiscipline was a major public order issue and continued to dominate criminal trials and disciplinary proceedings, as well as fuel the stereotype of violent students and university cities as places afflicted with frequent episodes of disorder. With regard such cultural and jurisdictional complexities, the paper proposes to examine the trials of certain scholars, held in Padua’s praetorian chancellery and presided over by captains Giacomo Nani and Alvise Mocenigo (1780-1783). Analysing the sources presented here, although limited chronologically, makes it possible to trace developments in the praetorian chancellery. Firstly, it looks at relationships between the Council of Ten governing body and local judicial authorities. Secondly, it examines the balance struck between the reasoning behind sanctions and that behind the special jurisdiction granted to students, which was reserved for the judiciary of the University Reformers. Thirdly, it analyses the various typologies of student indiscipline, both «group» and individual, that came before the authorities 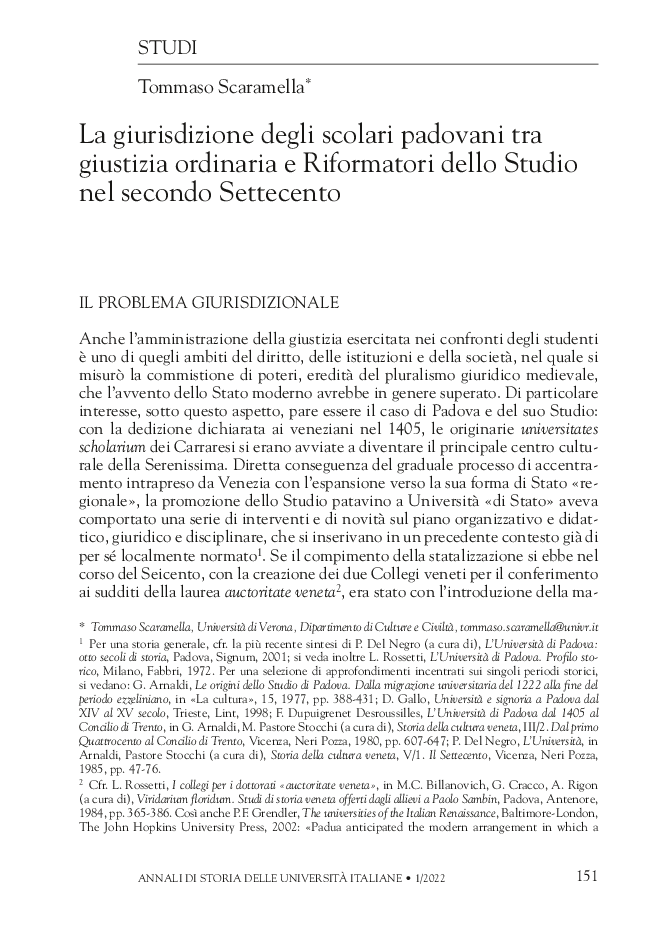