The paper analyzes the stages and modalities of, as well as reasons behind the rebirth of university associations and student representative bodies during the years of the Constituent Assembly. During its gestation period, university democracy experienced a unique period of civil ferment and participation. Examining the ties between university associations and political parties, and retracing the complex debate on the corporative or pluralistic nature of the new representative bodies, brings to light two aspects. First, the unprecedented relationship between students and democracy; second, the awareness that, in order to eradicate fascism from the minds of the younger generations, the defeat of fascism politically or militarily would not suffice; and thirdly, an abstract anti-fascist pedagogy. Rather, there was an urgent need to find new forms of political and democratic engagement and to put them into practice in university life, for individuals to both embody such forms by identifying with the system of principles of the new State. 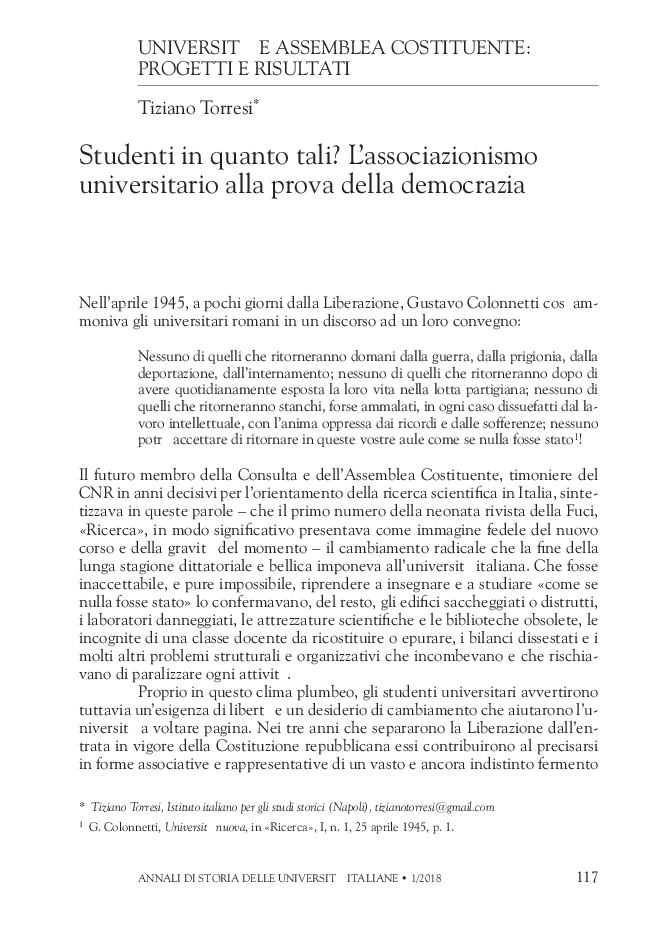