The Campus Condorcet is one of ten university building projects promoted in 2008 by the French Ministry for Higher Education in a context of modernisation, reforms and international competition. Its aim was the creation north of Paris of an entirely new structure dedicated exclusively to humanities and social sciences, and predominantly to advanced studies. This article focuses on the initial years of the project, from the inception of the idea in 2007 to the launching of a first construction phase in 2016. It argues that the dynamics which led to its implementation and gave it its final shape were neither «top down», nor «bottom up», but both at the same time. They challenged two symmetrical illusions: that of a programming and planning totally controlled from above, and that of the inescapable prevalence of the creative autonomy of actors. The actual process was much more that of a universal negotiation between State and non-State, national and local, academic and non-academic protagonists. It led gradually to a common understanding of the building project, which underwent only little change over time, and of the institutional and scientific status of the Campus, which grew steadily apart from the main stream of reforms designed by the Ministry – but not in contradiction with it. 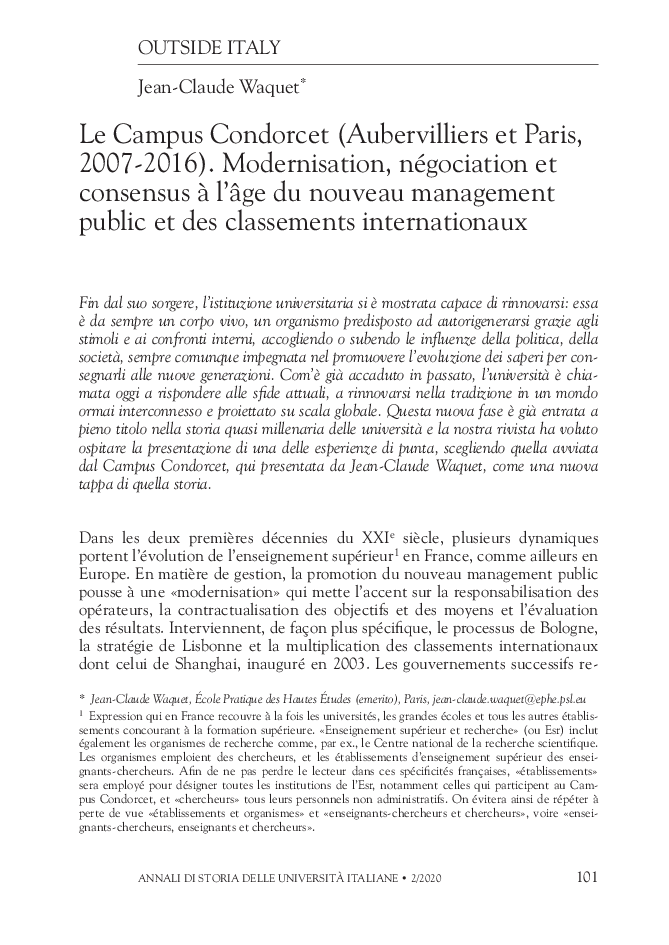