The famous veronese jurist Bartolomeo Cipolla (d. Padua 1475) destinated the short treatise De vita et modo vivendi in Studio to the fellow citizen Tommaso Turchi, on the occasion of his election as rector of the universitas scholarium in the Studium of Padua. The gratulatory preamble which introduces the essay is dated from Bologna, the 21 of May 1442. By the time Cipolla had started his legal training before moving to Padova, where he graduated in utroque iure in 1445. From the preface we come to know that he had written the treatise five years before, more or less in his seventeenth. Little of the sharp talent of the jurist, who ought to be honoured among the greatest of his century, is mirrored by this juvenile litterarian trial, which nevertheless deserves attention for more than one perspective 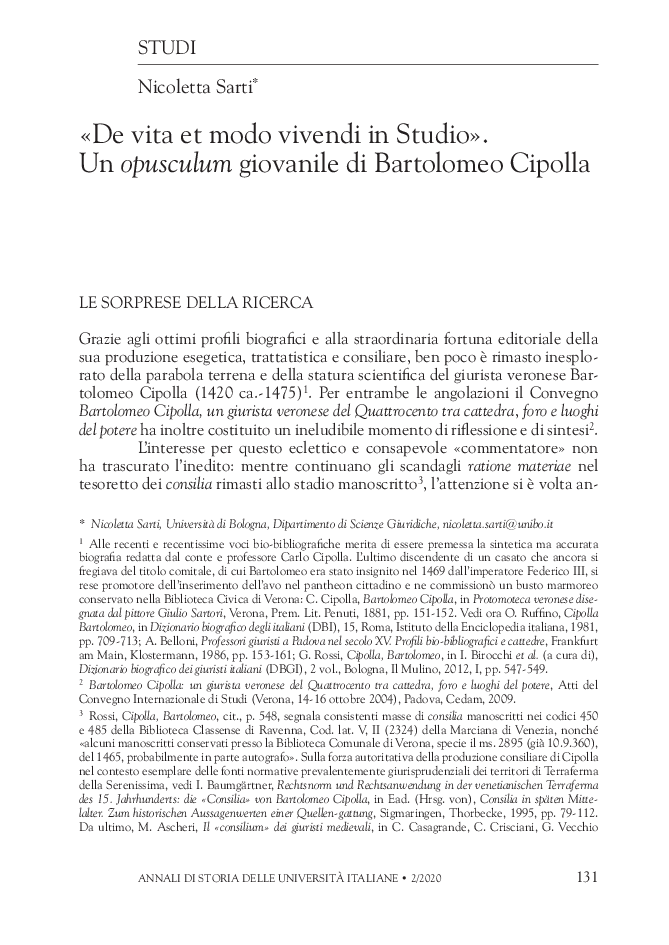