This paper examines research carried out in recent decades in the field of humanistic philology and the history of universities, with particular focus on the University of Pavia and the potential lines of research that are yet to be addressed or examined in-depth. Key knowledge areas comprise archival sources and their location, how the documentation itself was produced, the people involved, and how graduation ceremonies were carried out. Alongside administrative documentation, a role just as important for cultural aspects is played by manuscripts containing literary texts, comments and orations, which are preserved particularly in humanistic anthologies, and by libraries. If, from a documentary point of view, degree records for the entire 15th century and the early 16th century have been published, the publication of documents needs to continue to take into account the quantity and typology of the records preserved. Among the texts with literary ambitions, orations are a key area for academics, but have so far been overlooked. Orations have the potential to further broaden knowledge both of the relationship between humanism and universities, and of the significance of the choice made by foreign students, in particular Germans and Burgundians, to attend Italian universities. This last theme was a line of research pursued by Agostino Sottili, his last and fruitful research that still awaits further study. 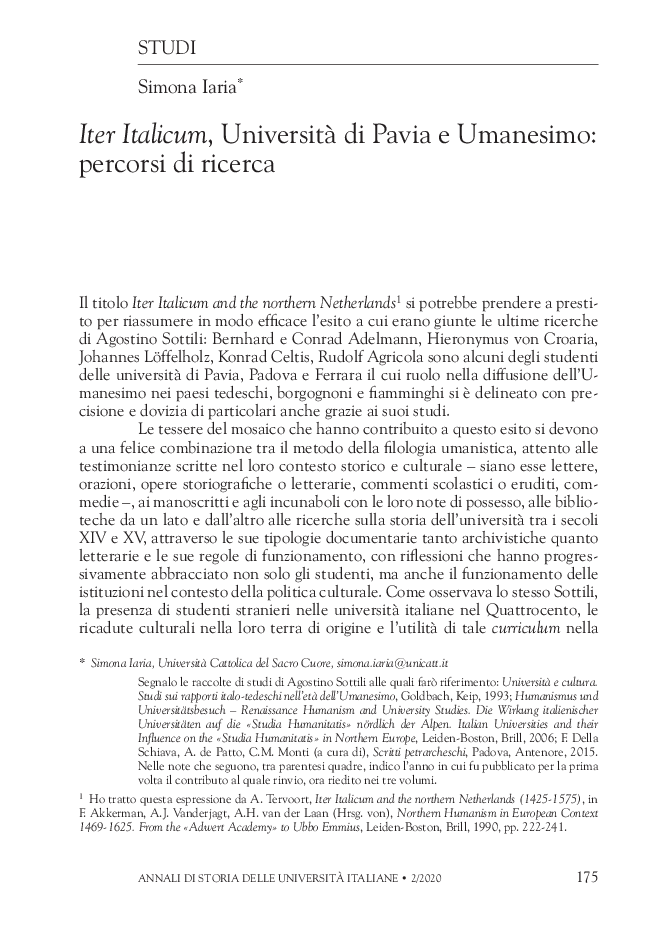