In 1955, the Sicilian Center for Nuclear Physics (Centro Siciliano di Fisica Nucleare, Csfn) was founded with the contribution of the three Sicilian universities and the economic support of the Regione Sicilia. Benefitting from the launch of the US programme, Atoms for Peace, and the support of the National Institute for Nuclear Physics (Istituto Nazionale di Fisica Nucleare, Infn), it was decided that the Van der Graaf ion accelerator, the first in Italy’s Mezzogiorno, would be installed in the Center of Catania. The paper analyzes the scientific and cultural skills training programme that over a twenty-year period led to the construction of one of the most important nuclear physics laboratories in Italy, with its own important and far-reaching transnational network. In particular, the paper highlights how, in the immediate post-war years, the University’s new governing council represented by the rector Sanfilippo strategically focussed on the hard sciences and in particular on strengthening the National Institute for Nuclear Physics. The University appointed the young, ambitious Renato Ricamo, who, besides his undeniable scientific background in the sector of nuclear research, would bring great organizational skills to Catania. The paper underlines the fruitful convergence of interests between national planning, with one of its points of focus being nuclear physics laboratories, and the investment policy in nuclear physics research of the newly formed Regione Siciliana that would provide the foundation for the creation of the Sicilian Center for Nuclear Physics (CSFN). This would be a milestone from which the story of experimental physics in Sicily would continue through the Faculty and then Department of Physics of the University of Catania. 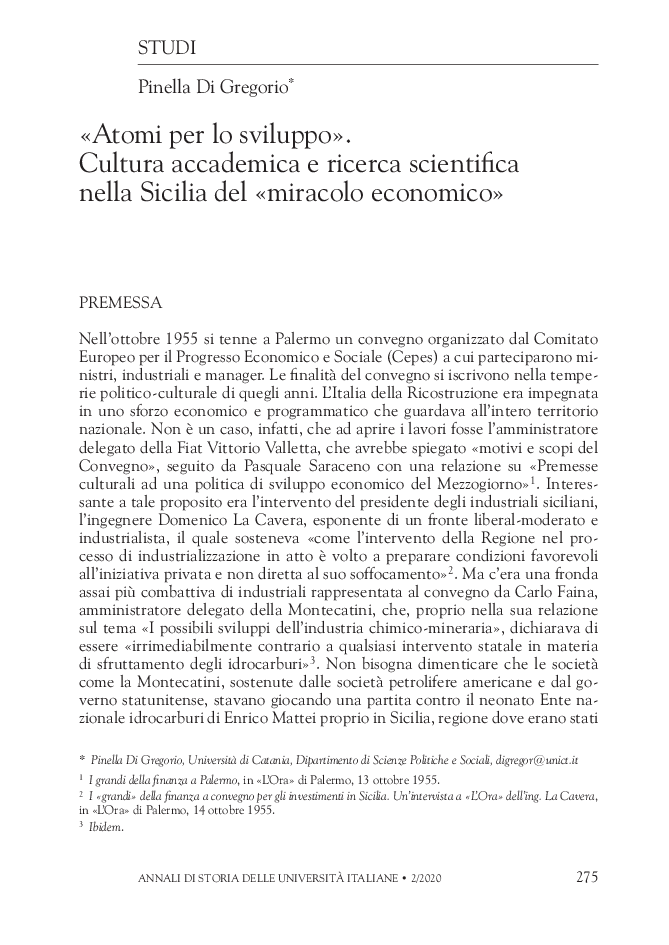